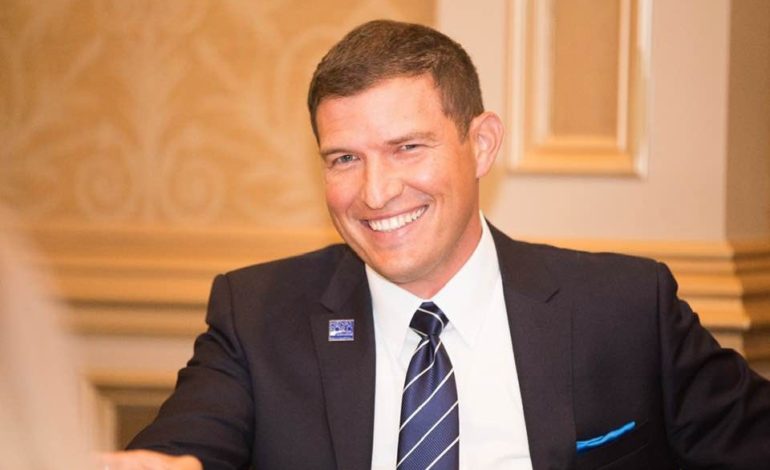 CHRISTIANSBURG, VA – The State Board for Virginia’s Community Colleges has hired Russell Kavalhuna, J.D. to serve as the next chancellor, a press release from the colleges read.

A former federal prosecutor and aviation workforce expert, Kavalhuna is the current president of Henry Ford College in Dearborn. Kavalhuna’s selection concludes a national search that began last fall and attracted nearly 50 candidates from across the nation and beyond. The hiring was announced at the State Board’s meeting on the Christiansburg Campus of New River Community College.

“Russ Kavalhuna is a transformational higher educational leader who is uniquely prepared to move forward our community college system and elevate it to be the best in the nation,” said NL Bishop, chair of the State Board. “Russ is an outside-the-box thinker and an innovator whose career has focused on workforce development and finding creative ways to connect adult learners with high-demand career opportunities. We are excited to bring this rock star to Virginia.”

“Kavalhuna has been the president of Henry Ford College for more than three years,” the press release read. “As the son of an immigrant who attended a Michigan community college, he believes the community college model of education and service is the gateway to the “American dream.”

Before becoming president of Henry Ford College, Kavalhuna was the executive director of flight operations at the Western Michigan University College of Aviation, the nation’s third largest collegiate aviation program. He also taught a course in the curriculum. Before beginning his education career, Kavalhuna worked as a federal prosecutor and a commercial airline captain.

Last year, Kavalhuna was selected as part of the inaugural cohort of the Aspen New Presidents Fellowship for Community College Excellence. The 25 college presidents selected through this highly competitive process represent a broad and diverse set of leaders who strive to achieve significant improvements in student outcomes with a focus on educational access and success.

“With experience in industry and in the academy, my passion and priority will be to connect unemployed and under-employed Virginians with businesses suffering through talent shortages,” Kavalhuna said. “There is broad and bipartisan agreement that families, communities and economies are stronger when more people have access to community colleges. I look forward to the challenge of leading Virginia’s Community Colleges to build the nation’s best workforce development system and serving people in every corner of the Commonwealth.”

Kavalhuna succeeds Dr. Glenn DuBois, the longest-serving chancellor of Virginia’s Community Colleges, who announced last year that he is retiring at the end of June.

Kavalhuna, his wife, Courtney, and their children currently live in Dearborn.