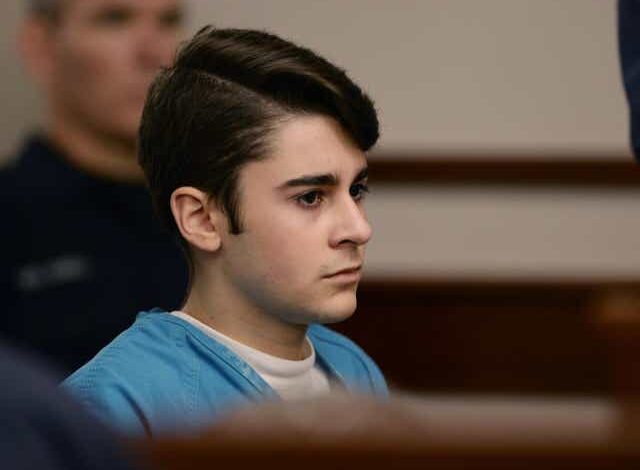 Muhammed Altantawi at his trail in 2017. Photo courtesy: Hometown Life

PONTIAC — On Monday, Muhammad Altantawi, 20, of Farmington Hills was found guilty of killing his mother, five years after he was accused of the crime.

After a two-hour deliberation, an Oakland County Circuit Court jury came back with a verdict that could mean life in prison without parole for Altantawi.

The trial took time because of years of delays, appeals and the pandemic.

Prosecutors had charged the then-16-year-old Altantawi with smothering his mother, Nada Huranieh, 35, with a poisonous cloth and then pushing her body from the second-story window of their Farmington Hills home.

During the trial, they argued that Altantawi’s motive was anger over Huranieh asking his father for a divorce and the violence was motivated by Altantawi’s strict conservative upbringing.

Evidence included early morning phone calls between Altantawi and his father, Bassel, who was living apart from his family because of the divorce and had been wearing a tether after pleading guilty in a medical fraud scandal.

Altantawi’s father called him several times the morning Huranieh was found dead. Security camera footage showed her body being thrown out the window that morning by an unknown person.

An officer investigating the scene of the crime had testified that Altantawi could be seen on the video talking on the phone with 911 and being instructed to provide CPR on his mother. He defined Altantawi’s attempts to resuscitate his mother as “lame” and said the boy was not doing as instructed, despite telling the operator he was.

Altantawi’s defense had successfully challenged a questionable interview by the police and had said prosecutors made the teenager out to be a professional hit man attempting to get away with an elaborate job.

They had also criticized police for not looking into other men who were involved in Huranieh’s life and could have killed her.

Prosecuting attorney John Skrzynski had said it was suspicious that the “highly athletic” mother was found to have no defensive wounds. He had accused Altantawi of suffocating his mother in the bathroom while she put on makeup and then dragging her body 10 feet from the bathroom to the window.

“Why did she not fight?”  Skrzynski had said. “Why not? She was unconscious. We’re not making this stuff up. This stuff fits the evidence.”

A medical examiner had said during the initial trial that Huranieh was likely deceased prior to her landing on the patio because of the lack of blood beneath her body. He testified that she died from suffocation and blunt force trauma to the side of her head. He also said her injuries weren’t consistent with a fall.

A sentencing date for Altantawi was not provided after the verdict.