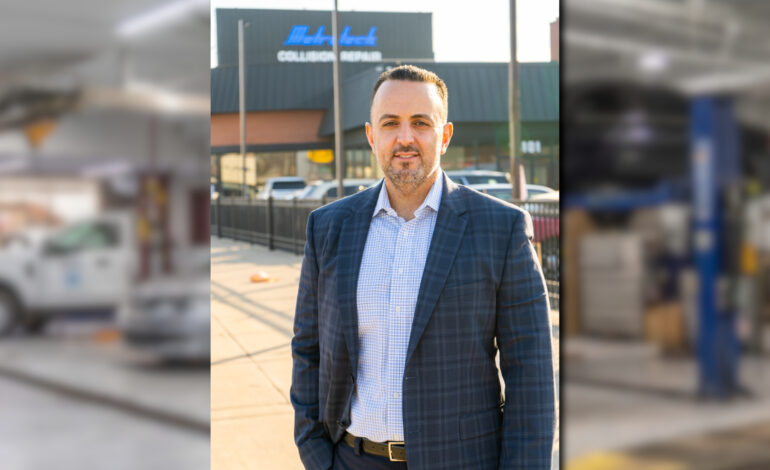 DEARBORN — Sam Hussein, owner of Metrotech Automotive Group on Michigan Avenue in east Dearborn, has been busy during the state’s painful pothole season.

It’s no wonder he is. Managing the 35,000 square foot, state-of-the-art facility and a full crew of technicians is no small matter. But what really makes the shop unique is the scope of work it does.

That’s everything from your regular oil change, to collision repair, paint, sophisticated diagnosis and maintenance for drivers from across the state.

Then there’s the maintenance of numerous fleets of vehicles for county, state and federal agencies, as well as businesses that have contracts with Metrotech.

These contracts, and the shop’s reputation, come out of years of persistent hard work and relationship-building, from humble beginnings in Detroit’s Corktown to when Hussein moved the operation to his native Dearborn about eight months ago. The business was in Detroit for 14 years prior to that move.

“There’s nothing like this facility in the area,” said Hussein, taking time to speak with The Arab American News during a busy weekday afternoon. “But I think the community and businesses have a need for it.”

Throughout that conversation, Hussein remained humble and focused on the needs of the facility’s clients. Even when speaking to a local media outlet, his main aim is to let the community know of the services Metrotech provides.

A Fordson High School graduate, he grew up a car enthusiast, as is common in the Arab American neighborhoods of Dearborn, but with a serious interest in fixing and restoring cars.

Though he built the business in Detroit along with his brother, and ran it while attending the University of Michigan-Dearborn, automotive repair was not Hussein’s long term goal. But then, tragedy struck.

“I was originally going into medicine,” Hussein said. “We had just opened our business and my father was diagnosed with a brain tumor. After going through that, I had to make a decision. That was right around the time we had landed our government contract and had become GSA certified.”

GSA is the Government Services Administration, in charge of managing and supporting the basic functioning of federal agencies. There’s nothing like this facility in the area, but I think the community and businesses have a need for it. — Sam Hussein, Metrotech Automotive Group

Building up from a small scale

Hussein’s father tragically passed away and supporting his family became a priority. With a growing business, he decided to go instead for a master’s degree in business from Wayne State and use that knowledge to build that business further.

“My brother and I started on a small scale and after my father’s passing, we knew we had a decision to make for the family,” he said.

Fast forward to 2022; Metrotech is now a full scale operation, attracting clients from all over the state. The facility includes an attached three-story parking structure for vehicles in need of service, full service paint shops (with a bake room that dries paint in 10 minutes), frame replacement machinery and more. With a full staff of technicians, Metrotech turns out 150 to 200 vehicles a month on average.

“We can do something as simple as an oil change here, but we get into the technical side of a vehicle, like engine replacements, full body restorations, paint and body work, all that is just a small part of what we can do for your vehicle,” Hussein said.

During The Arab American News’ tour of the facility, we saw a Wayne County Sheriff’s office vehicle with a mangled front end, waiting for repair and a State of Michigan vehicle sat scuffed up on the side from a roadway impact at a service station. With state-of-the-art machinery and experienced staff, these essential municipal vehicles will see quick and certified treatment. Before and after pictures of an extensive front end repair job at Metrotech. Photo courtesy: Metrotech Automotive Group

We built these relationships with daily drivers and these municipalities and government agencies, and we brought those relationships to the city of Dearborn. As an Arab American, I am honored to bring my business here. This is where I was raised.

Metrotech mechanics also work on cars driven from the surrounding community and organizations like WDIV Channel 4 and Enterprise Rent-A-Car.

That early relationship building has paid off, with these agencies relying on Metrotech to service their vehicles, so that this Arab American family-owned business is now connected to broader government operations across the state and country. Hussein is also a board member of the Wayne County Building Authority.

“We built these relationships with daily drivers and these municipalities and government agencies, and we brought those relationships to the city of Dearborn,” Hussein said. “As an Arab American, I am honored to bring my business here. This is where I was raised.”

Look for updates on this unique Arab American business in coming issues. Metrotech Automotive Group is located on 15101 Michigan Avenue, near Greenfield Road, in east Dearborn.