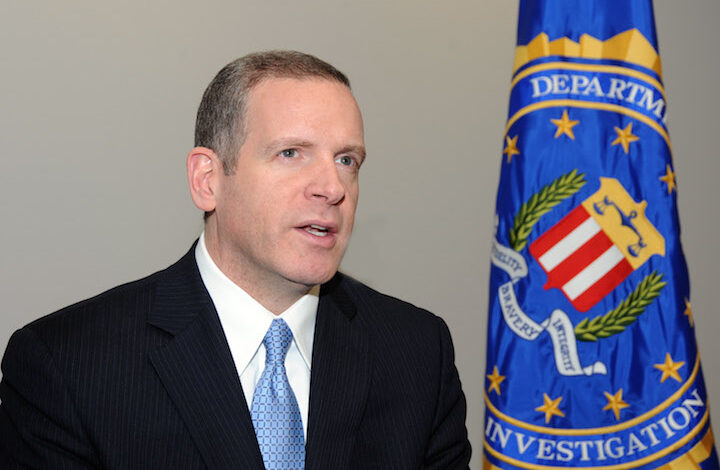 The 2022 Excellence and Great Achievements Award is expected to be presented to Abbate during the LAHC’s 34th Annual Awards Gala on Thursday, May 5 at 6 p.m. at the Shenandoah Country Club in West Bloomfield.

Abbate has more than 26 years of service with the FBI and was named deputy director in 2021. In this role, he oversees all domestic and international intelligence and investigative activities.

“We are extremely honored to recognize Mr. Abbate’s commitment and relentless service to our nation,” Wassim Mahfous, LAHC chief executive officer, said. “This award is a testament to his nearly three decades of service to this country and the bridges of friendship, trust and respect he has built with the community. On behalf of everyone at LAHC, we extend our sincere gratitude.”

He started his career in 1996 as a special agent in New York and served as a member of the SWAT team before transferring to the FBI’s Counterterrorism Division in December 2003. There he was responsible for overseeing counterterrorism operations and personnel deployments to Iraq.

Abbate continued that work throughout the early 2000s, including in-theater stints in Iraq and Afghanistan.

In December 2009, he served as assistant section chief of the Counterterrorism Division and received the Attorney General’s Award for Exceptional Service in the process.

In July 2010, he served as assistant special agent in charge of counterterrorism matters while overseeing the primary branch of the Los Angeles Joint Terrorism Task Force.

Abbate served as the FBI-on-scene commander in Libya in October 2012, as the Detroit Division’s special agent in charge from 2013 until 2015 and was appointed assistant director in charge of the Washington Field Office in 2015 until being promoted to executive assistant director of the Criminal, Cyber, Response and Services Branch in 2016.

“The FBI’s steadfast partnership with local organizations helps us strengthen the communities we serve and carry out our mission,” Abbate said. “I’m honored to be recognized with the Excellence and Great Achievements Award from LAHC and proud to protect the American people alongside organizations such as this. The true reward is the opportunity we all have every single day to extend a helping hand to those in need and empower our communities.”