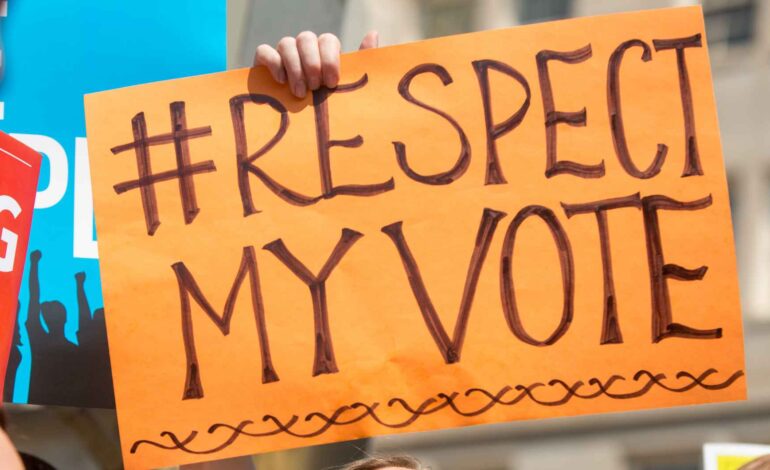 On March 22, the Dearborn City Council unanimously passed a resolution requiring ballot translation to any language spoken by more than 10,000 residents (or 5 percent of the population, whichever criteria is met first).

The resolution also calls for implementation to start as early as the August primary election. This was a historical step taken by the city to ensure greater voter access, which should be the goal of all of our elected officials.

Unfortunately, in the face of full support by the Council, the Hammoud administration and Secretary of State Jocelyn Benson, City Clerk George Darany has been erecting one obstacle after the other to hinder implementation of this resolution. Darany’s department has called for significant salary increases, additional personnel and raised other issues instead of simply working to implement this as his job requires.

It also seems that he enlisted the help of Wayne County Clerk Cathy Garrett, not to implement the resolution,  but to help stymie its execution or at least delay it for months. First, two days after the passage of the resolution, Garrett sent a letter to Benson criticizing her for coming to Dearborn on this matter without contacting her — something that the secretary of state is not obligated to do.

In her letter, Garrett also sought to demonstrate that the process is very complicated and will take a very long time to implement and implied that the city of Dearborn does not have the authority to act as it did.

The secretary of state’s response dated March 30 reaffirms support for Dearborn’s resolution and said the city has the authority to expand voter access.

The response also offers help in implementing the translation and suggests the Wayne County clerk replicate the procedure her office already has in place to provide Bengali ballots in Hamtramck.

Sadly, Garrett chose to appear at the April 12 Dearborn City Council meeting and wait in the audience for about three hours to speak to the Council and repeat some of the claims she made in her letter to Secretary Benson, asking the Council to revise its resolution and go through a lengthy process that ensures no ballots will be translated this August and probably not even this November.

We are disheartened to see Garrett join Darany’s obstruction bandwagon. We expected better from an elected official who has been a good friend of this community since her election about 20 years ago.

As a person of color and a woman, we expected her to understand the struggles of minorities and ethnic communities, especially in regard to voter access, at a time when voter suppression efforts are rampant across the country.

We were also surprised and disappointed to watch Garrett makes several misrepresentations in a televised City Council meeting, likely aimed at confusing the public, and members of the Council, in order to bolster her case for delaying implementation of the City Council resolution or starting the process over.

Clerk Garrett and Clerk Darany often refer to the Voting Rights Act (VRA) and the lack of federal mandates placed on their offices in the scope of this conversation, instead of working to create a streamlined process to ensure this is a repeatable process in other municipalities.

Garrett also claims there are renegotiations needed with the voting system vendor, even though the current contract already provides a framework for additional languages upon request.

This is ignorant at best and misleading at worst. Further, and in response to a question by Councilman Mustapha Hammoud about the process already in place to implement Bengali ballots in Hamtramck, Garrett stated that these were sample ballots only; and when Hammoud pointed out to her that they were actual ballots, which is a fact, she appeared flustered and left the podium in haste.

Councilwoman Leslie Herrick, who had voted for a failed motion to delay the translations during the March 22 meeting, thanked Garrett for coming and providing “information” to the Council.

We still don’t understand the real reasons behind all these obstacles and the attempts at delaying the process.

We invite Clerks Darany and Garrett to spend more time working with all stakeholders on implementing this resolution, instead of spending so much time and effort on hindering it.

We are confident that when all concerned officials and parties work together in good faith, Dearborn will finally see its first Arabic language ballots this August. This has been long overdue and will only serve to involve more residents in the democratic process on their way to full integration and representation in this great nation.

Stop wasting time and delaying the inevitable. Get it done!