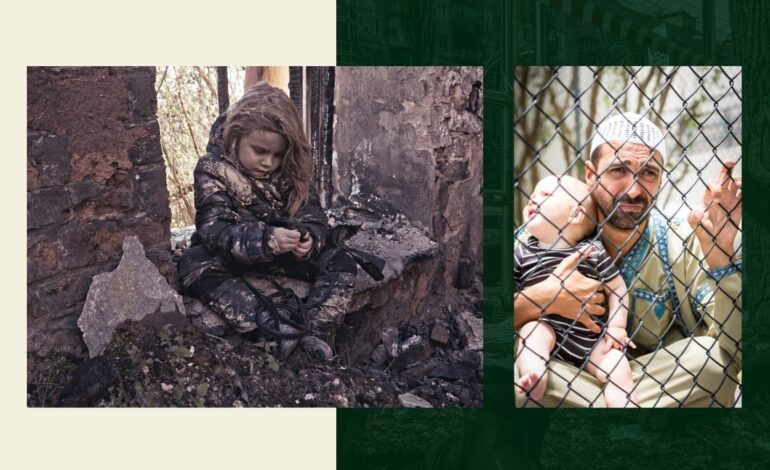 DETROIT — The newly formed Detroit Refugee Network (DRN) is looking to increase resources for refugee clients of three major resettlement agencies that provide support services to refugees from Afghanistan and other nations as they resettle in Detroit.

Samaritas, the Detroit-based statewide health and human services organization that operates one of Michigan’s largest refugee resettlement programs, announced the launch of the network.

The DRN will serve clients of Samaritas, the U.S. Committee for Refugees and Immigrants (USCRI) and Catholic Charities of Southeast Michigan (CCSEM) in a coordinated effort.

Donations can be made at www.samaritas.org/Detroit-Refugee-Network.

Samaritas says that the resettlement agencies have helped more than 650 Afghan refugees who have come to Southeast Michigan since 2021, with more than 250 planning to settle in Detroit. They need additional support, especially in the first year of resettlement, as the majority of Afghan refugees have a limited “humanitarian parolee” status and there is not yet a large community of Afghans in Metro Detroit.

The DRN has already received nearly $50,000 in donations from its partner, CARE USA, which has joined the effort to provide needed cash payments up to $1,000 to refugee families who have resettled in Detroit, helping to fill in the gaps that government assistance does not cover.

The Detroit Refugee Network focuses on a set of priorities designed for families, including immediate placement in affordable permanent housing to eventually lead to home ownership, if possible. It also provides basic needs, safety and legal services, access to health care and family wellness, employment programs, transportation and educational needs.

Samaritas says 75 percent of refugees who go through resettlement programs are self-sufficient within 180 days.

“As the daughter of Egyptian immigrants, I have witnessed how my parents’ drive, passion and determination led to the American dream after starting from nothing,” Hassan said. “The Detroit Refugee Network is helping families to embark on new lives in the city of Detroit. I am deeply committed and honored to be a part of this cause.”

Samaritas serves as the fiduciary of the DRN, but funds raised will be made available to clients of Samaritas, the USCRI and CCSEM, all of which have welcomed Afghan refugees, as well as those from other countries, and all of which are working with the city of Detroit to settle clients inside the city.

President Biden has recently pledged to welcome up to 100,000 of the 5 million Ukrainians who have fled their country, with a proxy war between Russia and NATO creating one of the largest refugee crisis since World War II.

Latest numbers from the U.N. refugee agency UNHCR also show that as of March, 4.3 million Yemenis are internally displaced. Seven years of armed conflict in Yemen has caused tens of thousands of civilian casualties and displaced more than 4 million people, making Yemen one of the world’s largest humanitarian crises and aid operations, according to the U.N.