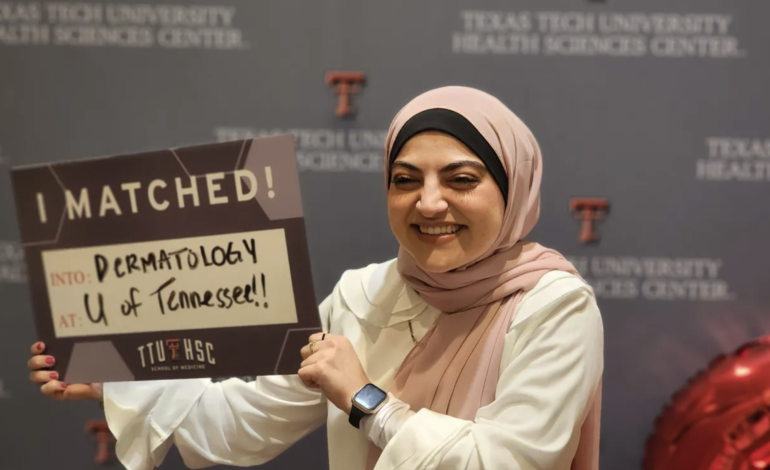 Thousands of young doctors recently learned where they’ll be spending the next few years of their lives in residency.

A significant number of them will be U.S. citizens who completed medical school abroad. This corps of internationally educated doctors has become increasingly important to the U.S. healthcare system — and is tackling a disproportionate share of America’s biggest healthcare challenges.

The U.S. desperately needs doctors. According to the Association of American Medical Colleges, we could face a deficit of up to 124,000 physicians by 2034. The shortfall could cost as many as 7,000 lives a year.

This looming doctor shortage is in part the product of an aging workforce. Two in five doctors practicing today will reach retirement age in the next 10 years.

City dwellers and high-income patients might not feel the impact of the shortage. But the story is different in rural America. More than 130 hospitals in rural areas have closed since 2010. More than 4,200 rural communities are experiencing a shortage of health workers.

Zip codes with disproportionate shares of racial and ethnic minorities also tend to lack adequate access to doctors. Black and Latino Americans are roughly twice as likely as their White peers to live in areas with few or no primary care providers.

International medical graduates tend to be the ones who head to high-need communities like these. They account for more than two-thirds of doctors in areas of the U.S. with high populations of ethnic and racial minorities.

International medical graduates also gravitate to specialties in high demand. They account for more than half of doctors in geriatrics, where the shortage is yawning as the population ages. IMGs likewise account for outsized shares of the endocrinology, oncology and cardiology workforces.

Nearly one-third of psychiatrists are graduates of international medical schools. In the wake of the pandemic, the country will need many more of these mental health professionals to help people navigate the fallout.

More than half of U.S. counties don’t have a practicing psychiatrist. As of last year, about 122 million Americans — more than a third of the population — lived in areas with shortages of mental health professionals.

Perhaps the most dangerous doctor shortage we face is in primary care. By 2034, the Association of American Medical Colleges projects that the U.S. will be short as many as 48,000 primary care docs. More than 1,000 counties already lack enough primary care physicians to meet demand.

International medical graduates are likely to be the ones to narrow that gap, too. Seventy percent of our medical graduates from St. George’s University in Grenada go on to pursue careers in primary care, many of them in underserved areas.

This year on Match Day, thousands of students from international medical schools moved a step closer to their future, shaping America’s future in the process. The country needs these budding doctors to help alleviate the doctor shortage, no matter the specialty or zip code.