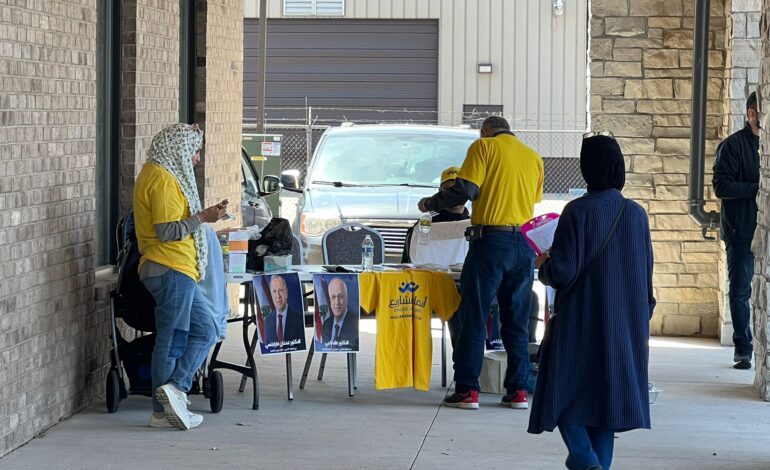 Lebanese living abroad cast 142,041 ballots for parliamentary elections on Friday and Sunday, many backing political newcomers after the worst crisis since Lebanon’s 1975-90 civil war led to widespread poverty and a wave of emigration.

Only 225,277 Lebanese living overseas were eligible to participate in the elections in more than 50 countries, the first since Lebanon’s 2019 financial collapse and the port blast that killed more than 215 people and destroyed large parts of Beirut in August 2020.

That is roughly three times as many as during the last parliamentary election, in 2018.

Voters in Lebanon will cast their ballots on May 15.

In Michigan, the total number of voters was 1,122, or 50.6 percent of the total registered voters in the state. In Dearborn, with the largest Lebanese concentration in Metro Detroit, 540 voted, or 51 percent of the 1,039 registered voters. There were three precincts in Michigan, at the Consulate General of Lebanon in Southfield, at the Bint Jebail Cultural Center in Dearborn and at St. Sharbel Maronite Catholic Church in Clinton Township.

Observers expect large numbers of expatriates to vote for candidates from a coalition of activists and independents who gained prominence during the 2019 protests against the sectarian political elites whose corruption and mismanagement is widely blamed for the country’s catastrophic economic collapse.

Australia is among those countries with the highest number of Diaspora voters, alongside Canada, the United States, Germany and the United Arab Emirates. France has the most at around 28,000 eligible voters.

Turnout in Australia closed at 55 percent, while in the UAE more than 70 percent of eligible voters cast their ballots, one of the highest turnouts registered.

The queue outside the Lebanese consulate in Dubai stretched for roughly a kilometer despite sweltering heat and local police were seen fanning voters with pieces of cardboard. In Dubai, 14,242 voted out of 19,923 eligible voters at an exceptionally high percentage of 71.49.

“I came today just to vote and don’t care how long we wait in the heat. We need change,” said first-time voter Christiane Daou, 37.

Another longtime Dubai resident, Joyce Daou (unrelated), expressed fears harbored by many voters that their votes may not be counted or could be otherwise interfered with — claims that officials have denied.

The ballot papers will be shipped back to Lebanon and stored at the central bank before being counted on Election Day. In parliamentary elections in 2018, the Lebanese Association for Democratic Elections, the main elections watchdog, deemed as “invalid” results from 479 overseas polling stations, with no explanation given by officials. A Lebanese expat signs after she casts her vote for Lebanon’s parliamentary election at the Consulate General of Lebanon in Dubai, United Arab Emirates, May 8. Photo: Rula Rouhana/Reuters

“We are doing our part (by voting). Hopefully they will do their part and do not change the votes and leave this process to remain democratic and accurate,” Joyce Daou said.

Support for establishment parties was still evident; near the Berlin polling center, more than 20 people chanted their backing for Nabih Berri, the veteran speaker of Lebanon’s parliament.

Others disagreed. Anton Wehb, a 62-year-old construction worker voting in Sydney, said Lebanon needed “new blood”, while in Paris, voter Sahar al-Jazzar said she would cast her ballot for “someone who wasn’t in power before.”

Lebanese voters from Michigan at the Consulate General of Lebanon in Southfield, waiting to cast their votes, on May 8. – Photo by The Arab American News

“Enough oppression, enough injustice and all the suffering we lived,” she said.