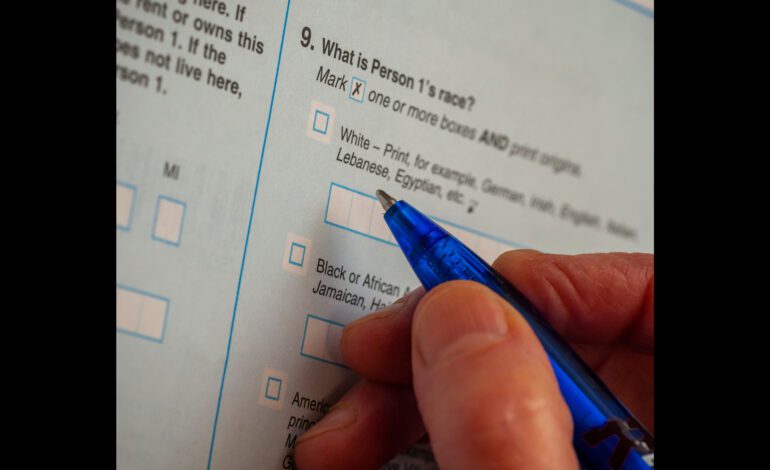 DETROIT — U.S. Rep. Rashida Tlaib (D-Detroit) is continuing her effort to include the Middle Eastern and North African (MENA) category in federal population and health data, as well as the 10-year federal census.

Talib joined U.S. Rep. Carolyn Maloney (D-NY) in leading the House Committee on Oversight and Reform to send the letter on Tuesday to Shalanda Young, director of the Office of Management and Budget (OMB) and Robert Santos, director of the U.S. Census Bureau, urging them to update the standards for federal data collection on race and ethnicity to include the MENA response category.

The OMB is responsible for, among other things, the racial and national categories used to in federal population forms, like those collected from local health care date and more. Those standards are also used by the U.S. Census Bureau in its 10-year count.

Arab Americans are asked to pick the “White” category in those official forms.

“As you are aware, federal standards for the classification of data on race and ethnicity impact far more than population totals in the decennial census,” the letter reads. “OMB standards determine how our political institutions distribute material resources, political representation and research funding. These resources are vital components of growth and development for any minority community, particularly those who experience historical barriers to meeting basic needs and accessing support.”

Tlaib and her colleagues say the OMB has not updated its guidance on whether to include a MENA classification within federal data on race and ethnicity in 25 years.

There have been repeated attempts to accurately categorize the MENA population.

In 1997, the OMB decided not to add the category and instead reported data collected on individuals from the MENA region within its “White” reference category. It also recommended that “further research should be done to determine the best way to improve data on this population group.”

Since then, the possibility of including a MENA category in the country’s demographic statistical system has been thoroughly studied and the benefits of creating a separate racial category for those who identify as Middle Eastern, North African or Arab have been made clear, the letter writers say.

The mis-categorization of MENA or the underrepresentation of communities like Arab Americans can have real effects on local populations.

In Dearborn, for instance, the lack of a federal recognition of the Arab American population and its language means the population has not had access to voting material translations through federal mandates, as is the case for the Bengali community in Hamtramck, meaning local officials have had to come up with novel ways to provide those rights to residents.

Besides Dearborn’s large concentration, there are sizable MENA populations in the rest of the country, especially in California.

In April, Tlaib and U.S. Rep. Debbie Dingell (D-Dearborn) joined colleagues to introduce a bill that includes people who identify as Middle Eastern and North African (MENA) as a racial and ethnic minority group in the U.S. Public Health Service Act.

The bill sought to make the MENA community eligible for resources that are targeted towards historically marginalized groups for the first time.

So far, federal health resources and programs targeted towards minorities have not been accessible to the MENA community. These are resources specifically designed to address the negative public health impacts experienced by minority groups and that, experts say, are key to improving health outcomes and general quality of life.

Dearborn Heights man sentenced to 25 years for murdering his mother