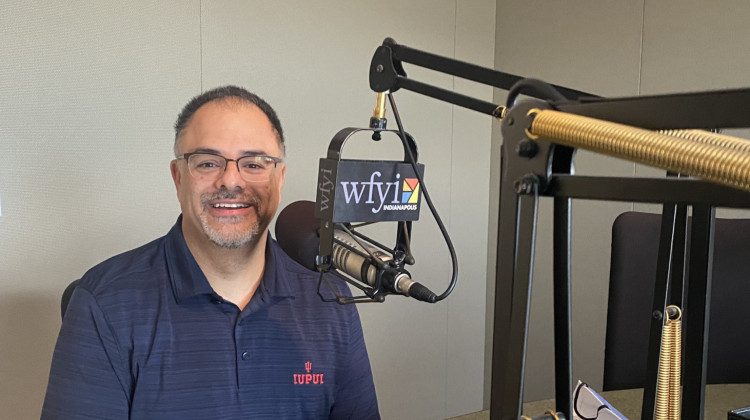 A local professor spent the last few years documenting the history of Arab Americans in Indianapolis.  WFYI’s Taylor Bennett spoke with Edward Curtis, chair of Liberal Arts and professor of religious studies in the School of Liberal Arts at IUPUI, about the project — Arab Indianapolis: A Hidden History — and why it was important to shed light on the impact of the community on the city and state.

Taylor Bennett: Why did you think it was important to tell this story?

Edward Curtis: Well, the film begins with the 2015 attempt of former Gov. Mike Pence to ban Syrian refugees from resettling in our state. A decision that eventually was overturned in federal court and was very unpopular among a lot of people. For Arab Americans, it was particularly painful. Our people had been settling in this state since the late 1800s. And as I say in the film, one of us, Mitch Daniels became governor, the governor that preceded Mike Pence in the office.

Bennett: Do you think most Hoosiers don’t realize the history?

Curtis: I think, for example, most viewers don’t know that Mitch Daniels is the grandson of Syrian immigrants. And I think that’s just a symbol of they also have no idea that the heart of our community, the place where we began as an Arabic-speaking community in Indianapolis, is buried underneath Lucas Oil Stadium.

Bennett: What surprised you most when you really kind of dug into the history?

Curtis: The single most surprising story, both in the book and the movie, was that there was an Arab American woman who received 1.1 million votes to become a statewide office holder in 1964. That’s an incredible story. Helen Corrie should be, you know, should be a household name in Indiana, but no one seems to know her history.

Bennett: Do you feel like there was a lot of prejudice at that time? And maybe there still is?

Curtis: Yeah, the prejudice against Arab Americans goes up and down. It’s never gone away. A lot of it has the valence of anti-Muslim prejudice right now. And there’s an assumption that all of us are Muslim, but our community here in Indianapolis, not in the state of Indiana, but in Indianapolis, it was almost all Christian for the first 50 years. Almost all of the Arabic speakers here were Christian.

But I don’t think it’s ignorance, honestly, that causes prejudice. I think whenever there’s a flare-up of war, U.S. foreign policy and also whenever there’s anti-immigrant bias in general, then, you know, then the Arab Americans oftentimes suffer, often suffer that prejudice. And it’s, it’s quite bad right now. I mean, a lot of our kids are getting bullied in school, called names and other more serious issues.

Bennett: I imagine that you heard a lot of very interesting stories as you were making this project.

Curtis: And that’s really what this is about. So on screen, we have over a dozen Arab Americans. And in the book we have, you know, a couple dozen Arab Americans telling their stories. Everything from our food traditions, to our service in the United States military during World War II to public service at the Statehouse. I really wanted to give the viewers a sense of the depth and the breadth of our contributions.

Curtis: Thank you very much, Taylor.

– This article first appeared at: https://www.wfyi.org. It has been edited for style.