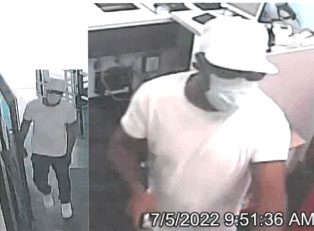 DEARBORN HEIGHTS — Dearborn Heights police are looking to identify a suspect involved in an armed robbery that took place at a CVS Pharmacy.

At approximately 9:51 a.m. on July 5, an armed robber entered the CVS at 8710 North Beech Daly and went directly to the pharmacy where he produced a silver revolver and demanded a quantity of controlled substances.

The staff complied with the suspect’s demands and he left on foot without further incident.

Anyone with information is asked to call Dearborn Heights Police Sergeant Mike Gondek at 313-277-7487 or Crime Stoppers at 1-800-SPEAK UP.