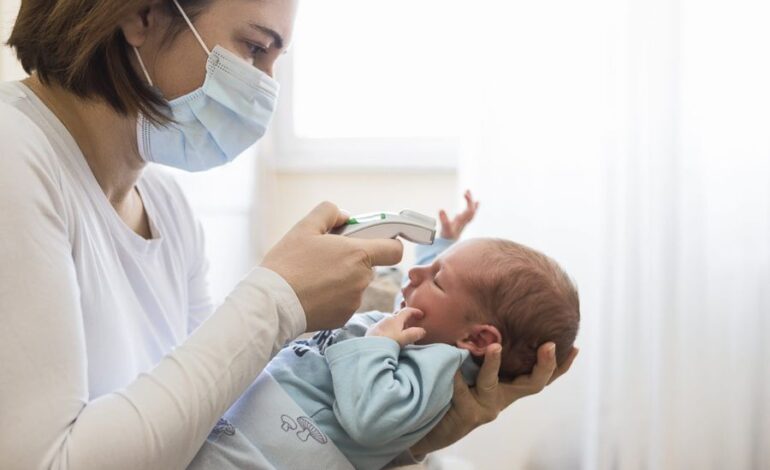 A virus known to cause severe illness in children is putting health authorities on high alert.

The parechovirus (PeV) is a common childhood virus and is currently spreading across the U.S., the Centers for Disease Control and Prevention said in a health alert.

The CDC says that since May it has received reports from healthcare providers in multiple states of PeV infections in neonates and young infants.

Parechoviruses are a group of viruses known to cause a spectrum of disease in humans, but the illness caused by the virus is most severe in children under 3 months old.

The CDC is encouraging doctors to include PeV in the diagnoses of infants who have fever, sepsis-like syndrome or neurologic illness like seizures without another known cause, and to test for PeV in children with signs and symptoms compatible with PeV infection.

The CDC say PeV can cause an upper respiratory tract infection, fever and rash in children between 6-months and 5-years-old, with most children having been infected by the time they start kindergarten.

However, in infants less than 3-months-old, severe illness can occur, including sepsis-like illness, seizures and meningitis or meningoencephalitis, particularly in infants younger than 1-month-old.

The CDC says there is no specific treatment for PeV infection. However, diagnosing PeV in infants might change how the disease is managed and provide important health information for families.

Infected individuals can spread PeV orally, by respiratory droplets or through feces, even if they don’t have any symptoms. The virus’ incubation period is unknown.

Since there is no no nationwide surveillance of the virus right now, it’s unclear if this year’s rates are higher than those in previous years.

Parents who are concerned that their child may have been infected with PeV should contact their health provider.