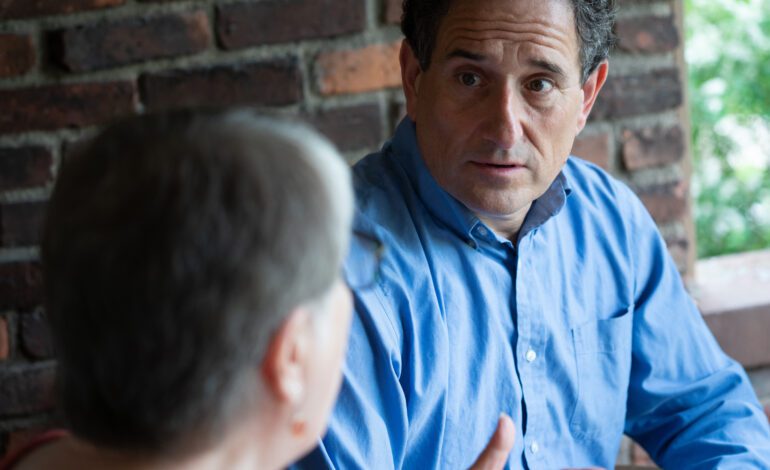 — Rex Nazarko is a staffer with the Emgage Michigan team

This past June, our team at Emgage and our allies came together in a celebratory event on Capitol Hill to honor and inspire Muslim American civic engagement. As our event was about to begin, we encountered heightened security measures on the Hill, which brought about logistical headaches for the organizers.

Crowds of guests were denied access to the building, putting the event in jeopardy. Caught by surprise, my colleagues and I scrambled to find a solution. Suddenly, Congressman Andy Levin, a guest speaker, made his way into the building, seeking to be of assistance. Although he was not obligated to do so, Congressman Levin refused to leave until the issue was resolved and all people gained access to the building. He individually negotiated with security and facilitated the eventual entry of the crowd into the event.

He showed us how a representative should be: Standing shoulder to shoulder with the people of vastly different backgrounds than him and fighting for us, with us.

America today finds itself divided and isolated into distant ideological camps, extreme rhetoric and polarizing candidates. Every election is becoming more sensational than the next and the political process is now seemingly a sports game between self-centered politicians ready to toe the party line. In the midst of all this, most Americans are seeking a return to candidates of conscience, compassion and unity.

Andy Levin embodied those qualities in his gesture at the Capitol Hill event, as he embodies it through his beliefs and policies. A representative holds the duty of standing by people regardless of their votes or beliefs. Congressman Levin encapsulates such character in his service to the people of Michigan and the diverse communities that make up his district and the state.

Andy Levin has spoken in support of marginalized communities internationally and domestically, raising his voice for the rights of Palestinians under occupation, African Americans facing police brutality and workers dealing with unfair labor laws and corporate greed.

Congressman Levin has been no stranger to the intersectional needs of his constituency. He channels his experience as a Jewish American, yielding from a community which has faced historic discrimination, into uncompromising stances on human rights regardless of where the transgressions occur. He has spoken in support of marginalized communities internationally and domestically, raising his voice for the rights of Palestinians under occupation, African Americans facing police brutality and workers dealing with unfair labor laws and corporate greed.

His congressional track record is evidence of his championing of justice and human dignity. Locally, Congressman Levin understands the diverse needs of the people he serves and works to address such needs through the lens of pragmatism and service; working hard to provide his constituents access to resources on health, labor, immigration and more. Through his work and service, Congressman Levin brings communities together and brings the access of government to them.

What we witnessed of Congressman Levin at our event, and what we witnessed of him continuously through his work, is an individual who lives up to his title through his principles. He creates access to spaces previously denied to his constituents and refuses to leave anyone behind, just as he refused to leave behind the guests at our Muslim American event in Washington D.C. With midterm elections around the corner, it is critical that our communities support people who will open doors for us indiscriminately.

In Andy Levin, we can see the future of a more united and understanding America. It is important that this August 2, Michiganders across the board vote for people of principles who will carry to Washington their ideas, not selfish ambitions.

True leadership lies in pausing to reflect on the needs of people, engaging with them across the board and paving the way for a solution. Congressman Andy Levin has shown that working to produce such allies in elected office brings us closer to understanding each other and working to bring about an America of equity, access and opportunity.