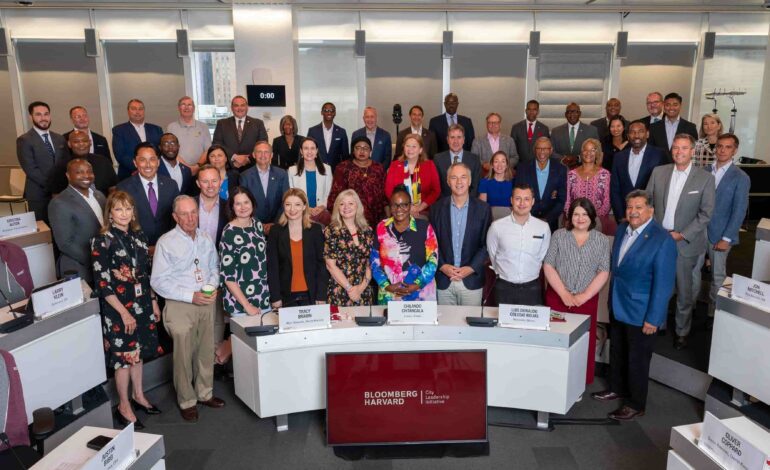 In addition to 28 mayors of American cities, the program selected mayors of Kigali, Rwanda; Glasgow, Scotland and Helsinki, Finland, among others.

The Bloomberg Harvard City Leadership Initiative is the flagship program of the Bloomberg Center for Cities at Harvard University. The highly selective global program is a collaboration between the Harvard Kennedy School of Government, Harvard Business School and Bloomberg Philanthropies.

The initiative says its “mission is to equip mayors to tackle complex challenges in their cities and improve the quality of life for their residents.”

Hammoud is in New York this week to kick off the program with Harvard faculty and renowned management experts for a four-day, immersive classroom experience and convening.

Two senior leaders from each of the cities will also participate in the program and begin their classroom experiences in August.

“I truly believe Dearborn is the greatest city in the world and this initiative brings Dearborn into the national and international arenas where government excellence is defined,” Hammoud said. “I’m grateful to Harvard University and Bloomberg Philanthropies for bringing mayors together under the banner of public service, and I look forward to taking home best practices from across the world to address problems here in Dearborn.”

As part of the initiative, Harvard faculty, staff and students, alongside experts from Bloomberg Philanthropies’ global network of experts, work with the mayors and senior officials over the course of one year in the classroom, online and in the field to foster professional growth and advance the necessary capabilities to drive innovation and deliver results for residents, the city said in a press release.

Since its launch in 2017, the program has built an alumni network of nearly 200 global mayors from 24 countries. The Bloomberg Harvard City Leadership Initiative covers all program costs on behalf of mayors and their cities.