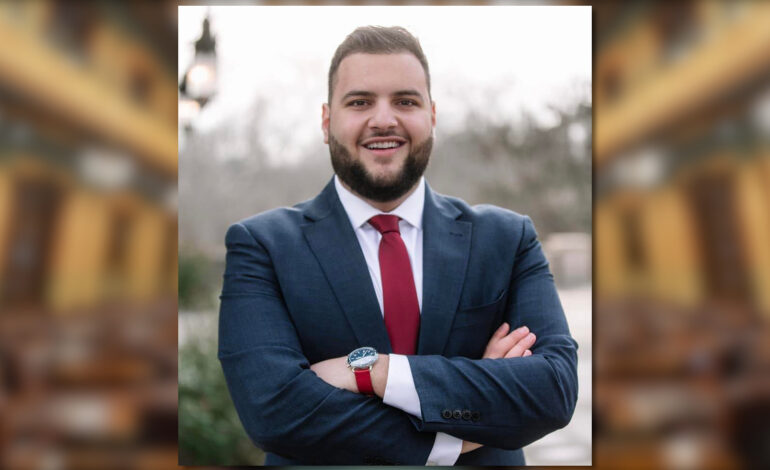 Alabas Farhat won on Tuesday in an election that saw dismal turnout in Dearborn and other Wayne County precincts. Overall voter turnout in the county was only 21 percent.

Unofficial results from Wayne County showed Farhat with a wide margin at 3,392 votes over Sam Luqman, who came in second with 1,796 votes and Khalil Othman, who came in third with 1,063 votes. In November, Farhat will face the only Republican candidate in the race, Ginger Shearer, who received 1,584 votes.

Farhat, who currently works for the Wayne County Executive’s Office in an appointed position, previously ran in a special election for the current District 15 after Dearborn Mayor Abdullah Hammoud vacated that seat last year. He lost the special primary to Jeff Pepper.

District Three extends from west to east Dearborn (the northeast part of the city is now in the new District Four) and includes all of Melvindale and portions of Detroit to the north.

The three primary candidates ran transparent races, having enthusiastically and rigorously campaigned for votes – not to mention the election being historic for Dearborn since all Democratic candidates were Arab American.

On Election Day, early in the morning until the last stretch of the voting period, no candidate wasted any time, each moving between precincts, collaborating with their teams and volunteers and urging residents to vote.

“It’s all about finishing strong – the work will show for itself,” Farhat told The Arab American News before the polls closed.

Luqman said she felt “very, very hopeful and optimistic… I thank God for whatever comes.”

Othman was similarly optimistic, projecting “a good turnout” and “glad my kids get the experience, and know what it takes to be a public servant.”

Farhat held a watch party at La Pita’s on Tuesday evening and meanwhile, as vote counts slowly came in, several attendees had positive words to say about the putative primary winner. One described him as “a community leader and somebody who wants to work for the people and support the people selflessly” and another confidently characterized him as “the most loyal state representative – he’s going to walk the walk and do the work he promises.”

“He will be a great asset for Dearborn; he understands policy,” Baydoun said. “He worked with (previous) State Rep. Abdullah Hammoud. He worked in Lansing, he knows how to lobby on behalf of Dearborn and identify resources to be brought to the city. I wish him the very best.”

“I want to thank the other candidates,” he said. “There were two other Arab Americans running. Running for office is not easy. You put yourself out there to the public, so I commend and applaud anybody that runs.”

On the day after the election, the candidates got to reflect on the results.

Luqman once again expressed gratitude for the chance to run, thanking her team’s sacrifices and hard work.

She told The Arab American News that she considered the campaign to be a success considering what she and her team achieved through grassroots means, knocking on doors and contacting as many people as they could to vote.

She graciously thanks her team for their support during Election Day.

However, Luqman was disheartened by “verbal attacks” against herself and some of her supporters during Election Day, but said she’s still happy with the support she garnered and took that as an overarching positive.

Farhat and Othman did not respond by press time.

Most importantly, local election observers agreed that all three candidates deserve acknowledgement for their efforts, especially for what it means for three Arab American candidates to run alongside each other, a promising sign of increasing civic and political engagement on the part of Arab Americans, and that’s certainly a triumph for the city.