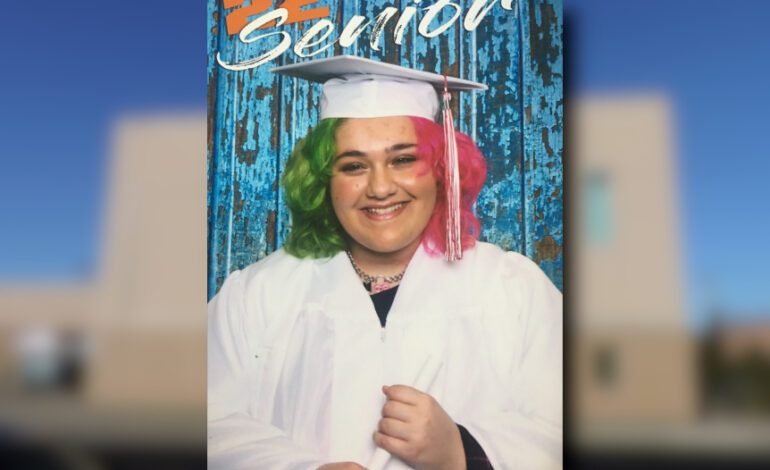 — This article, contributed by Nuo Ivesaj, principal of Horizon High School at Hamtramck Public Schools, has been lightly edited for style

Among the many excellent students attending Hamtramck Public Schools (HPS), Amal Al-Sabahi, a recent Horizon High School graduate, has combined interest and opportunity to create success for herself.

Al-Sabahi started her journey with Hamtramck Public Schools at Holbrook Elementary School after moving from Illinois when she was 10-years-old. She has always been a dedicated student, taking her schoolwork seriously and capitalizing on all of the extracurricular opportunities to strengthen her academic and personal growth.

Growing up watching anime with her younger brother, Al-Sabahi’s curiosity for Japanese culture took root. She was able to explore her interests when attending Horizon High, taking different classes to learn more about other ways of life and culture.

“I had always heard bits and pieces of what Japanese culture was truly like,” Al-Sabahi said, “but I grew up with an American lifestyle being my normal. It wasn’t until my brother convinced me to watch the popular anime series Naruto that I began feeling an interest in Japan.”

At Horizon High, Al-Sabahi took a course called Religious Diversity Journey. This program teaches students about different religions and cultures by taking them to various places of worship. This was eye-opening for Al-Sabahi, exposing her to different churches, mosques and the religion of Islam, which inspired her to look deeper, study different cultures’ history and literature, and fueled her fascination with Japan, the genesis of her cultural interest.

We celebrate Al-Sabahi’s achievement of early graduation, which she accomplished at 16-years-old. She plans to attend Oakland University, where she will pursue a four-year degree in Japanese language and culture. She is very thankful for the experiences she was exposed to at HPS and encourages her fellow students to take advantage of the same.

“Don’t procrastinate,” Al-Sabahi said. “Find what you are interested in and go for it.”