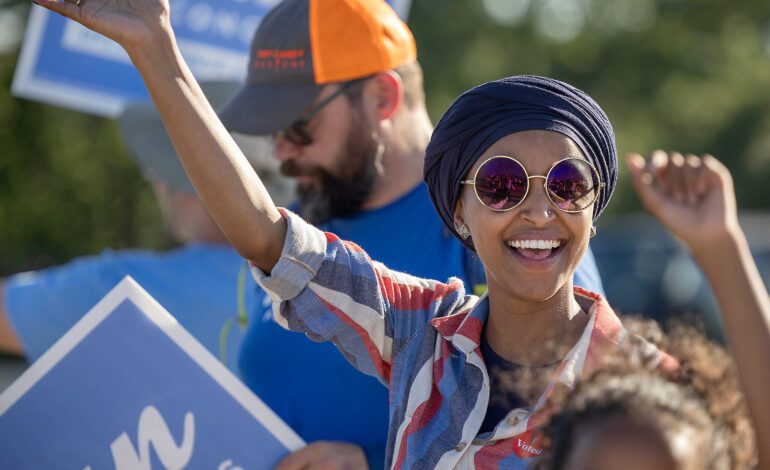 MINNEAPOLIS – Minnesota Rep. Ilhan Omar, a member of the progressive Squad, eked out a closer-than-expected Democratic primary victory Tuesday against a centrist challenger who questioned the incumbent’s support for the “defund the police” movement.

Omar, who represents Minneapolis and is one of the progressives’ leading voices in Congress, has defended calls to redirect public safety funding more into community-based programs. She squared off with former City Council member Don Samuels, whose north Minneapolis base suffers from more violent crime than other parts of the city.

Samuels argued that Omar is divisive and helped defeat a ballot question last year that sought to replace the city police department with a new public safety unit. He and others also successfully sued the city to force it to meet minimum police staffing levels called for in Minneapolis’ charter.

Samuels said his narrow loss shows that Omar is beatable: “If this was the general election, no doubt that we would have won this race.” Omar countered, “Tonight’s victory is a testament to how much our district believes in the collective values we are fighting for.”

Barb Atkinson, a 53-year-old part-time event planner for a radio station who supported Samuels, called Omar “too far to the left.”

“Although I respect Ilhan Omar and what she’s done, I disagree with the defund the police,” Atkinson said. “I really think that wording sends the wrong message. We need our leaders to work together to solve this issue.”

Omar, who is seeking her third term in the House, had crushed a similar primary challenge two years ago from a well-funded but lesser-known opponent.

“She’s had a lot of adversity already and pushback. I don’t think her work is done,” said Kathy Ward, a 62-year-old property caretaker for an apartment building in Minneapolis who voted for Omar. “We’ve got to give her a chance.”

Two other members of the Squad — Rep. Rashida Tlaib of Michigan and Rep. Cori Bush of Missouri — won their Democratic primaries last week.