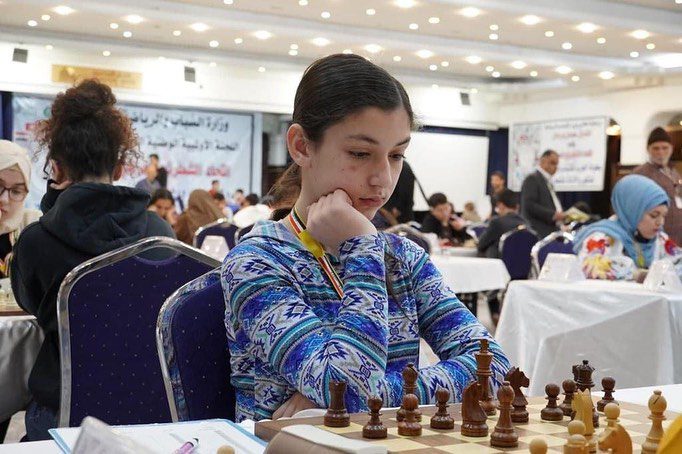 LEBANON — Nadia Fawaz, a Lebanese chess champion, was matched with an Israeli player, Elia Grozman, in the fourth round of the 28th Abu Dhabi International Chess Festival. Lebanese outlet The961 has reported that Fawaz, however, decided she did not want to play with an Israeli and has withdrawn from the international chess competition.

Her choice to not play against her Israeli opponent has come after many other Lebanese athletes have done similarly in other competitions, in a gesture that can be understood as a recognition of Israel’s brutal and illegal occupation of Palestine, as well as the country’s antagonism against Lebanon itself.

Gulf countries like the UAE have also undergone normalization efforts to create economic and military ties with Israel in recent years, a move seen by much of the Arab world as a grand betrayal to Palestinian human rights.

Charbel Abou Daher recently withdrew from the 2022 Youth MMA World Championships in Abu Dhabi, even though some believed he could have won, to avoid playing an Israeli opponent. The Lebanese MMA Federation shared on Instagram an explanation, written by another Lebanese news page, that his decision was made for “patriotic reasons.”

Then there is Aquilina Al Chayeb, a judo athlete who, during the Athens Junior European Cup 2022, allegedly lost on purpose to avoid facing an Israeli in the next round. The Lebanese Judo Federation allegedly asked its player to lose her current tie to avoid competing with an Israeli in the next round, as to do so would have been considered recognition of Israel as state. Al Chayeb did not have the option to simply withdraw lest the International Judo Federation (IJF) penalize her and thwart her career, so she went on to deliberately lose.

The Lebanese Judo Federation had to say this after her loss on Facebook:

“Today wasn’t our day in Athens European Cup 2022. It was a great fight but bad luck. Doesn’t matter what happened, we always learn from our mistakes & we never give up. Our plan & program is to fight for our Lebanon to raise our Lebanese flag.”