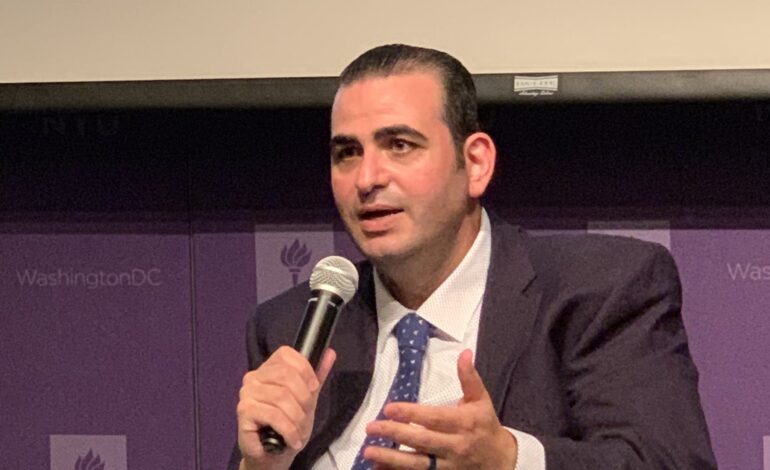 The ADC is a long-running organization, involved in advocacy in broad-ranging incidents of discrimination against the Arab American and Muslim communities of the country.

Ayoub, a Dearborn native, recently served as the ADC national legal and policy director, a position he has held since 2011.

As national executive director, Ayoub will be responsible for the day-to-day operation of the organization and will work with the National Board of Directors to develop and implement strategies that will continue the growth of ADC in the years to come, the ADC said on Wednesday.

Ayoub has advocated for Arabs and Muslims in the U.S. on issues that include discrimination, immigration, hate crimes, surveillance and profiling. The organization said that under his leadership, the ADC Legal Department has successfully assisted and provided pro bono support to thousands of impacted community members across the country,

Ayoub is also a regular commentator on national and international media and has developed a strong reputation for his commitment to social justice and access to justice for all.

“I am thankful for the opportunity to lead ADC, an organization that has helped shaped me personally and professionally,” Ayoub said. “ADC has a rich history and legacy and I will work tirelessly, alongside my colleagues, to add to that legacy and ensure that the organization reaches its fullest potential. We will continue our commitment to grassroots organizing and elevating the voice of Arab Americans.”

“Abed Ayoub has committed himself to ADC, and the greater good of the Arab American community,” ADC National Board Chairman Dr. Safa Rifka said. “The National Board of Directors has full confidence in his abilities and leadership and we look forward to working with Ayoub to continue ADC’s growth and success.”

Ayoub currently resides in Washington, D.C. with his wife, Meriana Ayoub, and their two daughters, Izzy and Lily Ayoub. He is a graduate of the University of Michigan and the University of Detroit Mercy School of Law in 2005.