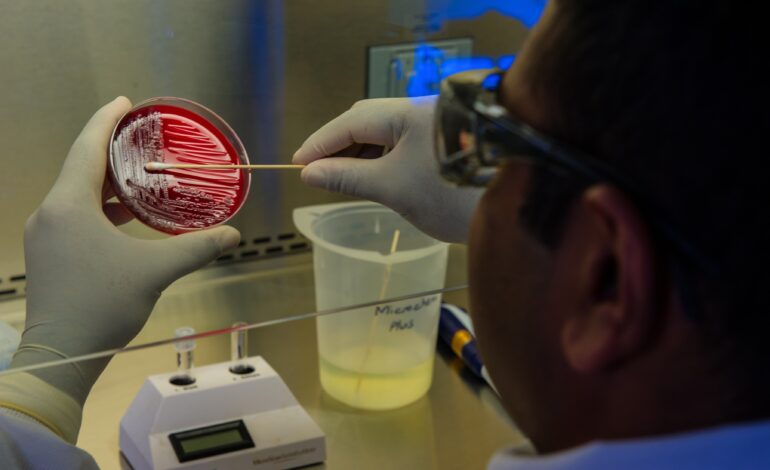 Drug-resistant infections pose a growing threat to public health. We’re not prepared to meet it.

That’s because the pipeline of new antibiotics to fend off superbugs has fallen off. Superbugs are strains of bacteria and fungi that have developed immunity to the medicines used to kill them. Antimicrobials are critical tools in our fight against these pathogens.

The problem is that we’re not developing nearly enough of them and many of the medicines we have are no longer effective. It’s imperative that we act now to bolster our defenses against these serious and life-threatening infections.

There are only 64 antibacterial therapeutics currently in clinical development. That’s compared to 1,300 treatments in development for various cancers.

Why is our development of new antibacterials declining while new pathogens are on the rise?

The problem is not the lack of success in developing new treatments. In the past decade, antibacterial drugs in clinical trials were twice as likely to move from early human testing to FDA approval versus drugs for all other diseases.

Instead, the problem is a misaligned market for antimicrobials.

Take the experience of the biotech firm Achaogen, which secured FDA approval in 2018 for its novel antibiotic plazomicin after 15 years of development.

While important for the overall armamentarium, novel antimicrobials are used sparingly to prevent pathogens from developing resistance to our strongest medications. As a result, clinicians hold novel antibiotics in reserve, using them judiciously to preserve effectiveness. That means companies like Achaogen don’t sell large quantities of the drugs they develop — or earn back the capital they invested in research and development.

Achaogen filed for bankruptcy in 2019. In the three years since, several other small biotech companies have seen a similar fate.

The market conditions are so discouraging that most large biopharmaceutical companies have pulled out of the sector entirely. These dynamics are causing investors to vacate the antimicrobial sector, too.

If nothing changes, 10 million people worldwide could die of drug-resistant infections annually by 2050 — surpassing cancer as a leading cause of death.

Government intervention and incentives can help change the game for private companies to develop these medications.

One solution is the bipartisan, bicameral Pioneering Antimicrobial Subscriptions To End Upsurging Resistance (PASTEUR) Act, which would change the current dose-based payment model for certain antimicrobials. Under PASTEUR, the government would offer developers of critically needed antimicrobials between $750 million and $3 billion up front in exchange for access to their medications once they hit the market. This approach provides developers with the predictable return on investment needed to fuel much-needed antimicrobial innovation.

Another bill under consideration is the Developing an Innovative Strategy for Antimicrobial Resistant Microorganisms (DISARM) Act. The legislation would increase Medicare reimbursements for certain antimicrobials, ensuring patients have access to the best novel antibiotics for their individual needs.

Superbugs are here to stay. We have policy solutions on the table that can help prevent them from taking a growing number of lives. It’s long past time to take action.