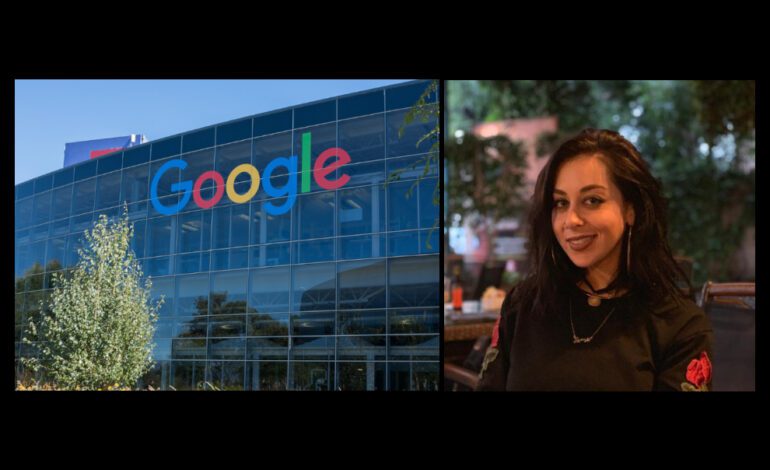 A Jewish employee at Google resigned, explaining in a public letter that the company is complicit in violations of Palestinian human rights due to its lucrative business ties with Israel’s apartheid government and attempts to silence those that speak out for those rights.

Google has a billion-dollar contract with Amazon and the Israeli government and military, Insider  reported this week.

In the letter, Koren, who worked at Google for more than seven years, said she was subjected to “retaliation, a hostile environment and illegal actions by the company” over her condemnation of Google’s financial ties to Israel’s government and military.

“Instead of listening to employees who want Google to live up to its ethical principles, Google is aggressively pursuing military contracts and stripping away the voices of its employees through a pattern of silencing and retaliation towards me and many others,” Koren wrote.

Our Palestinian coworkers are being silenced across the company. Workers who support Palestinian rights are getting HR warnings, harassment, even pay cuts and negative performance review feedback. https://t.co/h7hfkD9AgI

Koren was one of two employees who spoke out against the company in October 2021 for the $1.2 billion Project Nimbus, a partnership between Google, Amazon and the Israeli government and military.

“Millions of Jews oppose Israel’s oppression of Palestinians,” Koren wrote. “Google knows this and has intentionally silenced hundreds of voices, putting profit over people through contracts like Project Nimbus and dividing Jewish people from other minority communities through its own ERG system.”

The former employee pointed out that in May 2021, as Israel’s military mercilessly bombed the already-besieged Gaza, killing scores of some Palestinians families, Google announced its part in Project Nimbus.

Project Nimbus is a cloud computing system built by Google and Amazon that will provide the Israeli government and military with artificial intelligence and machine-learning tools.

Koren explained that she was part of an internal group called “Jewglers” intended to support “all Jewish people at Google” and address discrimination when necessary.

Millions of Jews oppose Israel’s oppression of Palestinians. Google knows this and has intentionally silenced hundreds of voices, putting profit over people through contracts like Project Nimbus. — Ariel Koren

“However, in practice, this group is systemically functioning as an outlet to drive forward right-wing ideologies under the guise of promoting diversity,” she wrote.

Koren said Google’s internal diversity and inclusion operations were weaponized to “silence the voices of Googlers who support Palestinian freedom.”

The former employee was angered when in 2020, Jewglers leadership issued a formal complaint to company leadership about donations made to Movement for Black Lives, (M4BL) following the police murder of George Floyd, saying it was anti-Semitic because M4BL, a coalition of dozens of groups, included organizations that had expressed their alignment with the perspectives and language of Palestinian-led groups.

“Amidst the uprisings for Black lives, Google issued an apology for donating to the coalition leading the fight against police brutality and murder, all because Jewglers leadership had deliberately and wrongly conflated support for Palestinian human rights and attempts to hold the Israeli government accountable with discrimination against Jewish people,” Koren wrote.

“Google did nothing to protect against anti-Semitism,” Koren wrote. “Instead, it only pitted us against one another, which divides us and makes us less safe.”

In a previous article for Insider, Koren wrote about Google asking her to relocate to Brazil after she spoke out against Project Nimbus while on disability leave in October 2021.

A Google spokesperson told Insider that the company “thoroughly investigated” Koren’s claim and found that “there was no retaliation here.”

“A government agency also dismissed this case when the employee filed a claim alleging she experienced retaliation,” the spokesperson said.

Koren added Google employees’ testimonies in her letter and 700 Googlers and 25,000 people outside the organization recently signed a petition calling on Google to rescind its act of retaliation against her.

Recovering: Rabih Darwiche shares his experience as a lesson for his community