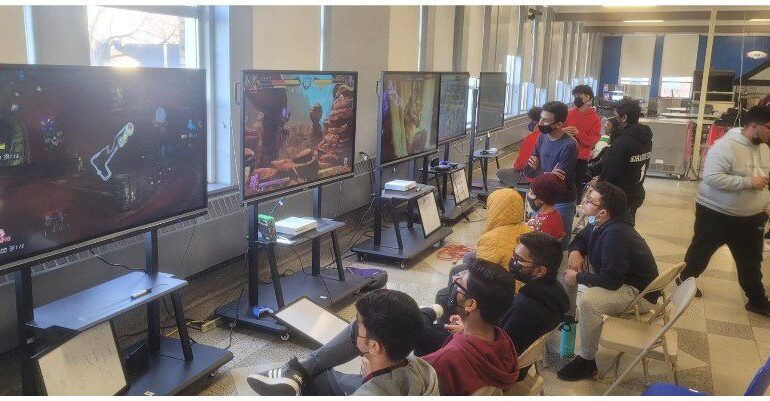 Will Kim is the Hamtramck High School science teacher and Esports coach. This article has been edited for style.

At Hamtramck Public Schools (HPS), we encourage our students to play video games.

In the fall of 2019, we launched the first HPS Esports program in district history to give students what they were asking for: A safe way to stay connected and have fun. When COVID-19 closed our school doors, almost 10 percent of the high school student population joined the club. As an online activity, Esports was one of the very few extracurricular activities available to students during the pandemic. Since then, over 100 active virtual and in-person members have matriculated through the club across the school district, complete with student leadership positions and a foundation for Esports clubs at the HPS middle schools. For more competitive scholars, we also have teams that compete with other similarly ranked schools across the country.

Esports stands for “Electronic Sports”, which are organized, multiplayer video game competitions. It is played at multiple levels, including high school, college, professional and even international as the Olympic Virtual Series debuted at the Tokyo Summer Olympics.

In all opportunities we provide our students, our greatest goal is to see them thrive. As a teacher and coach, I am proud of the growth I have seen from all involved students.

“When I first heard of the Esports club, I thought it was a rumor,” said student MD Islam (’23). “But over junior year, my friends and I were competing against other schools. The community is flourishing.”

Esports provided a haven for many students during the onset of the pandemic when they were feeling uncertain and anxious. While many scholars were dealing with mental health challenges caused by social isolation or health issues, as were many adults, the district’s Esports club became a positive outlet for our students to engage with their peers.

Another primary benefit of Esports is that it helps advance technology literacy. Many students who have participated in Esports have gone on to build careers in video editing, sound editing, graphic design and broadcasting. These talents are already taking shape, as one of our students, Naser Karim, took the initiative to design our district’s Esports logo.

As an Esports coach, I get an inside look at the dynamics of what makes a successful gamer and team at large. It did not come as a surprise when students expressed an interest to meet in person to practice, which we can do thanks to the generous donation of Playstation 4 and Nintendo Switch game consoles from students like Yacoab Al-Aqab (’23) and Hussam Alawdi (’25).

Here at Hamtramck Public Schools, we are excited to continue to watch our Esports program grow and our student-athletes thrive. We are only getting started though — any student interested in joining the club or team can email me at wkim@hamtramckschools.org.