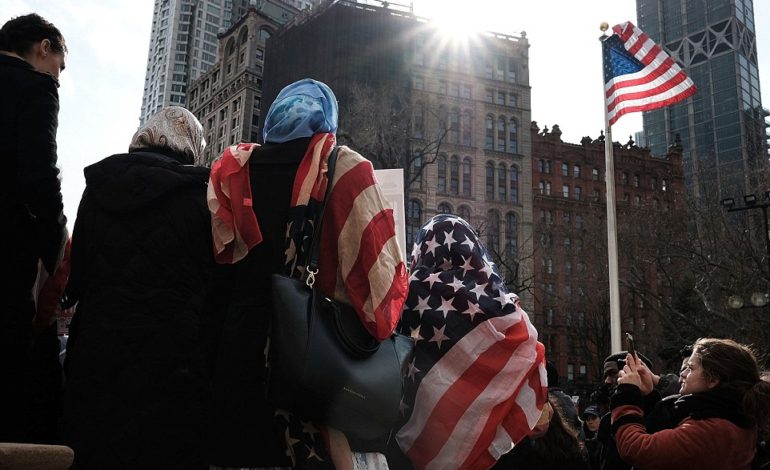 A new national poll has some disturbing insights into the health of democracy in the country and voters’ outlook about unity.

The poll commissioned by The Leadership Conference on Civil and Human Rights and conducted by Brilliant Corners Research and Strategies has found that ahead of the 2022 midterm election, strong majorities of likely voters, across the political spectrum and across race and gender, believe U.S. democracy is under threat and fear it may not exist in five years.

The Conference is a coalition of 230 national civil and human rights organizations.

Those surveyed also fear that the country could be on the pathway to civil war and are concerned about the prevalence of racial discrimination in society.

The national poll of 1,003 likely voters is the first commissioned by The Leadership Conference and comes at a time when the pillars of our democratic society are under constant attack. The survey was conducted by phone from Sept. 1 to Sept. 6.

Sixty-eight percent of voters polled believe American democracy is under major threat right now. Combined with this are 53 percent who believe in the next four to five years America may no longer be a democracy and 54 percent fear America is on the path to another civil war.

Sixty-two percent believe racism against Black people is a big problem in today’s society and 63 percent believe the government must do more to protect the civil and human rights of minorities.

Maya Wiley, president and CEO of The Leadership Conference, said that voters across the country are very worried about the strength and resilience of the country’s democracy — so much so that they are afraid “we may be on the pathway to another civil war or that in five years we may no longer be a democracy.”

“This poll confirms that voters are worried the cracks in our democracy are taking us down a dark path,” Wiley said. “While there is lots to be worried about in this poll, we also found some hope: People recognize we’re stronger together.

“We know that a country that protects and advances rights is a stronger democracy. To the politicians who oppose sensible policy solutions because of those who would stoke fear, our research shows an American public that is still pro-civil rights and favors sound policies. We save our democracy by saving our rights and freedoms across all our communities. If America is a great experiment, this is a time when we are being tested, but freedom will ultimately prevail.”