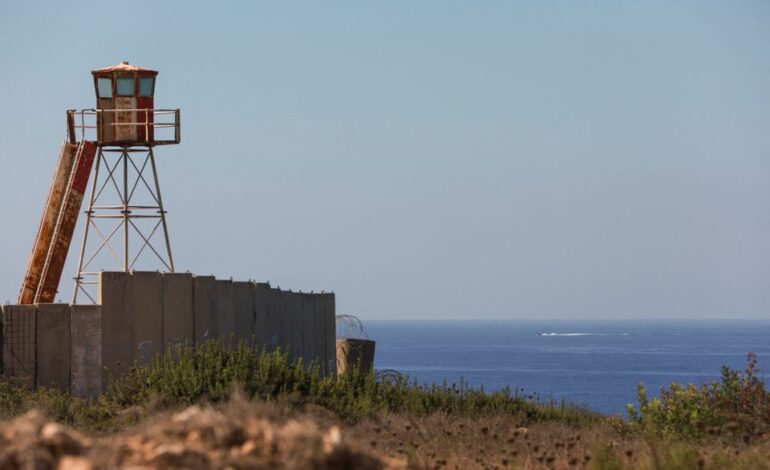 BEIRUT — U.S. energy envoy Amos Hochstein will be in Beirut next week, carrying a copy of the maritime agreement with Israel for Lebanese officials to sign, Lebanese negotiator Elias Bou Saab told Reuters on Wednesday.

The deal — hailed by all three parties as a historic achievement — marks a diplomatic departure from decades of war and hostility and once in force will open the door to offshore energy exploration.

“Hochstein will be in Beirut next week with the agreement that we will sign,” Bou Saab said. He did not say when the deal would be signed.

The text, seen by Reuters, lays out that the two sides independently inform Washington of their approval of the deal. The U.S. will then send a notice to each that the deal has entered into force and the signatories then send the coordinates for the new border to the U.N.

A traditional signing protocol with leaders from both countries present is unlikely given that Israel and Lebanon remain technically in a state of war. Hochstein told a webinar hosted by the Middle East Institute on Tuesday he would be traveling to the region next week, but did not give dates or destinations.

“The president of Lebanon and prime minister of Israel will decide on the signing,” Hochstein said. “Stay tuned in the next few days.”

Lebanese President Michel Aoun called on Totalenergies to quickly start drilling in block 9 in the Mediterranean sea in anticipation of the deal’s signing.

The Lebanese presidency said Aoun met with a delegation from the company and called for a start to drilling to offset the time spent in indirect negotiations with Israel to demarcate the southern maritime borders.

Earlier this month, Lebanon and Israel reached an agreement demarcating a disputed maritime border between them after years of U.S.-mediated negotiations.