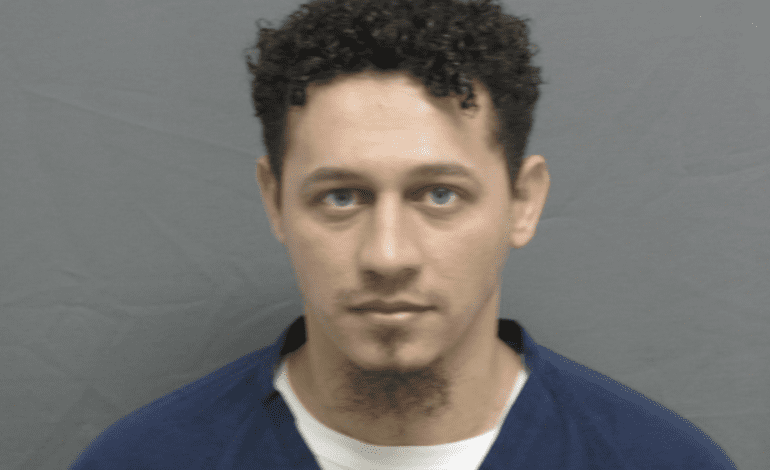 Aws Mohammed Naser, 34, is facing charges of providing material support to ISIS and being a felon in possession of a destructive device. Photo: Michigan Department of Corrections

DETROIT – Federal officials charged a former Metro Detroit man with attempting to provide material support to ISIS of Iraq and al-Sham, a terrorist organization, and for being a felon in possession of a destructive device.

The indictment, which was unsealed Tuesday in the Eastern District of Michigan, accused Aws Mohammed Naser, 34, formerly of Westland, of offering his services to ISIS, knowing that it “was a designated terrorist organization.”

The case was investigated by the FBI’s joint terrorism task force.

The Justice Department offered few details about Naser or the case in its news release. Assistant U.S. Attorney Saima Mohsin is prosecuting the case, with assistance from Dmitriy Slavin of the national security division’s counterterrorism section.

If convicted, Naser faces a maximum penalty of up to 20 years in prison for the attempted terrorism support charge and 15 years on the weapons charge.

Naser, whose Department of Corrections file shows he has many aliases, also was convicted of armed robbery in 2013 in Oakland County and sentenced the next year to between three and 20 years, and assigned to the Carson City correctional facility.

A news report from 2013 said Nasar used pepper spray on a gas station clerk and robbed him on New Year’s Day. According to the report, it was a Mobil station on Opdyke Road where he once worked. There were no serious injuries.