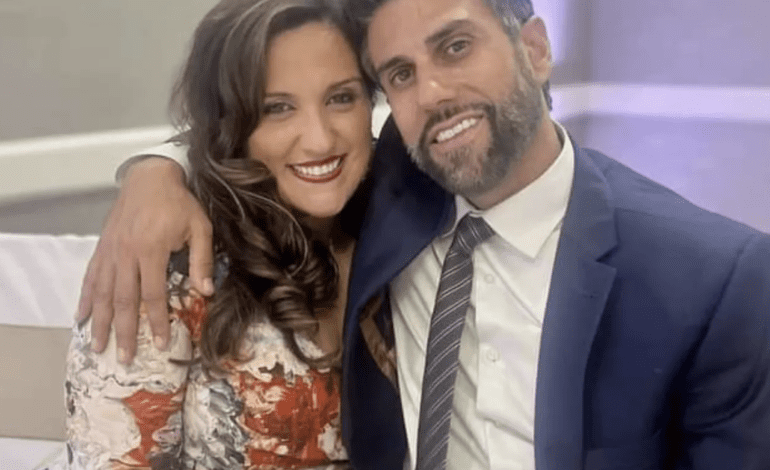 NORTHVILLE TOWNSHIP — A Northville couple was killed early Sunday when their vehicle veered off the road, rolled over and crashed into a tree, police said.

“The preliminary investigation indicates the vehicle was attempting to navigate a curve in the neighborhood when it left the roadway and struck a tree,” police said. “Upon arrival, Northville Township Fire Department personnel utilized extrication equipment in order to remove the occupants.

“Unfortunately, both occupants were beyond life saving measures and pronounced deceased at the scene,” police said, adding that the investigation was ongoing.

Salamen, a Palestinian American, was a doctor of dental surgery, his wife Manal was an interier designer. The couple had four children, two of their own and the older two are step children from a different marriage.

Salamen attended dental school at the University of Michigan and completed surgery training at the NOVA Southeastern University College of Dental Medicine in Florida, according to his website for his Dexter Oral Surgery and Implant Center practice in Dexter, Michigan.

Kadry, born in America from a Syrian background, an interior design founder of Manal Kadry Design Collective in Northville and a former teacher at University Prep Art and Design in Detroit, led students as the UPAD program director in volunteering to work on a mural, “Power to the People”, on Woodward Avenue from Jefferson to Larned in the Spirit Plaza in the summer of 2020. The group, guided by award-winning artist Hubert Massey, used red, black and white paint to spell out the message.

The installation came as protests in Detroit and across the country developed in response to the Memorial Day death of George Floyd in Minneapolis.