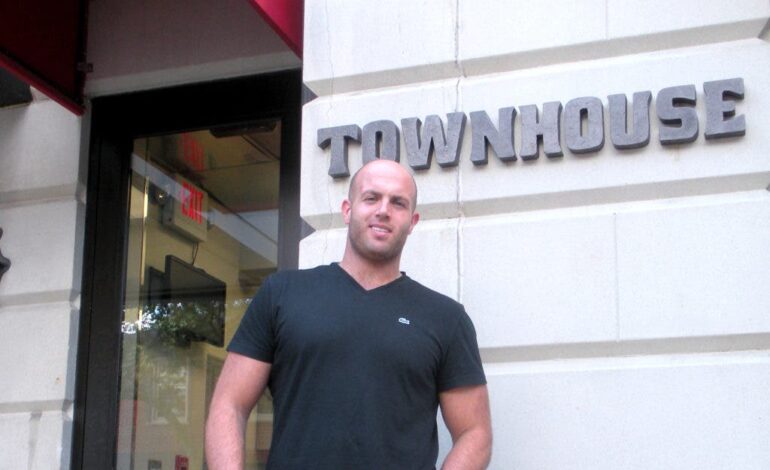 Jeremy Sasson is the CEO of Heirloom Hospitality Group, LLC, which operates Prime + Proper in Detroit and Townhouse in Birmingham and Detroit. Photo via Patch

DETROIT — During the beginning days of Israel’s 11-day assault on Gaza, the owner of two popular restaurants took to Instagram to say he stood with Israel.

Jeremy Sasson is the CEO of Heirloom Hospitality Group, LLC, which operates Prime + Proper in Detroit and Townhouse in Birmingham and Detroit, establishments regularly patronized by many Arab Americans.

His pro-Zionist message came as Palestinians saw widespread destruction of lives and property from Israeli bombardment. The death toll in Gaza had surpassed 100 people, including dozens of children.

The post showed an Israeli flag with the words, “The people of Israel live” in Hebrew.

His comments were soon flooded by Arab Americans and others outraged over his callousness as the world watched the destruction in Gaza.

After pushback from many regular customers, Sasson made another post, saying, “Let me set the record straight. I’m a Jewish American of Israeli descent. I’m a supporter of protecting the lives of all innocent people from Palestine, Israel and the entire world.”

The post led to thousands of negative comments across multiple review sites for restaurants that have been closed, presumably due to COVID-19. Other Heirloom Hospitality Group restaurants also received calls and negative reviews.

“For Arab Americans who eat and spend money at Prime + Proper Restaurant in Detroit and/or Townhouse in Birmingham, you should know that the CEO of both restaurants stands with Israel,” posted Osama Siblani, publisher of The Arab American News. “He posted his clear position on his Instagram page. Make your position clear as well, eat somewhere else!”

Sasson recently spoke to the Detroit Free Press, bemoaning that he had received “a number of anti-Semitic phone calls and messages” in response to the social media post.

“My comment was not intended to offend anybody, it was showing some solidarity to those that I have relationships with. I can’t speak for the other side because I don’t have a committed relationship with it,” Sasson told the Freep.

Sasson said the calls he received were “very anti-Semitic, many were very much against the idea that I had any relationship to Israel.”

But criticism of Israel’s occupation of Palestine and its routine destruction of Palestinian lives and stealing of land sees criticism from Jews inside and outside of Israel, including most notably the long-running organization Jewish Voice for Peace in the U.S.

Sasson may be referring to his connections with the group Friends of the IDF. The group openly gives support, material and otherwise, to Israeli occupation forces, whose crimes against Palestinians have been cataloged by international bodies, including the U.N. and Amnesty International. A recent ongoing investigation by the International Criminal Court indicates war crime charges could be forthcoming for IDF personnel.

Social media posts show Sasson with other known members of the group, like NBA star Draymond Green, who saw criticism from Black Lives Matter activists and others in the U.S. for posing with Israeli weaponry on a visit organized by Friends of the IDF.

The group has also emerged as a player in Ann Arbor politics, with shadow funds and support for campaigns in City Hall elections. Ann Arbor has been a hub of pro-Palestinian activism for a number of year and activists have demanded resolutions be passed by the City Council that condemn Israel’s human rights violations and the U.S.’ military support for the occupying force. A photo of Jeremy Sasson at a Friends of the IDF event in New York in 2007.

Sasson’s relationship with the group goes as far back the mid-2000s. A photo of him at a Friends of the IDF young leadership event in New York in 2007 can be seen online.

It has nothing to do with us going after someone because of their religion. If someone supports the people that occupy us, then we will make our voices heard against that person — Amer Zahr

Law professor Amer Zahr told The Arab American News that Palestinian activists take issue with the labeling of criticism of Israel’s occupation and crimes as anti-Semitic.

“Jeremy Sasson is a benefactor of the Friends of the IDF, which is a group that celebrates what we call the Israeli occupation forces, who routinely harass, humiliate and kill Palestinians,” Zahr said. “Jeremy Sasson can say people are attacking him because he’s Jewish, and many Zionist and pro-Israel people play the anti-Semitic card, but the truth is (Sasson) expressed his support for Israel during the bombing of Gaza. There’s a significant part of the Arab American community that is not okay with that.”

Zahr said the community voiced their opposition and willingness to boycott Sasson’s business.

“That has nothing to do with him being Jewish,” Zaher said. “If any business here in the Detroit area, the capital of Arab America, were to come out and say they stand with Israel, whether they were Jewish, Muslim or whomever, we would stand against that business.”

Zahr pointed to the example from a few years back of an Arab American who was seeking to open a branch of an Israeli-owned franchise, Burgerim, in Dearborn, but was forced to abandon his plans due to community and activist pressure.

“We protested and boycotted him, too,” Zahr said. “It has nothing to do with us going after someone because of their religion. If someone supports the people that occupy us, then we will make our voices heard against that person.”