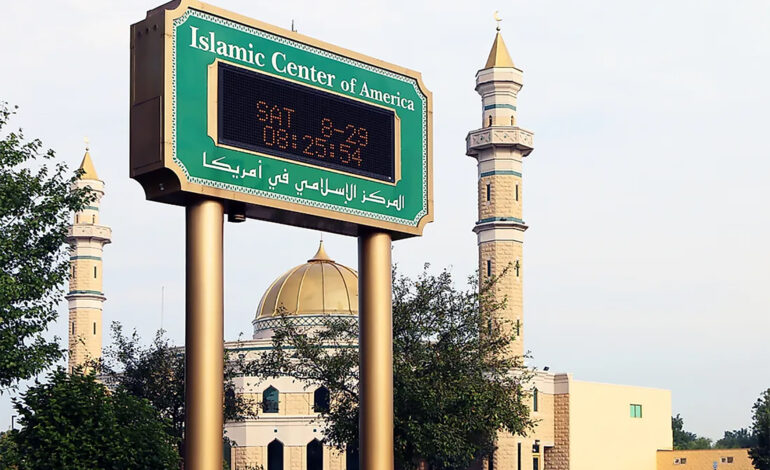 The Islamic Center of America in Dearborn. File photo

WASHINGTON, D.C. — The Institute for Social Policy and Understanding (ISPU), Islamic Society of North America (ISNA) and Center on Muslim Philanthropy have jointly published an extensive study on the characteristic of the U.S. mosque.

Entitled The American Mosque 2020: Growing and Evolving: Report 1 of the U.S. Mosque Survey 2020: Basic Characteristics of the American Mosque, the report comes out of a comprehensive statistical study of mosques located in the U.S. The study is conducted every 10 years to coincide with the national census.

The report shows the evolving character of Muslim houses of worship in the U.S., with big takeaways like the continued growth of the number of mosques and mosque participation, increased neighborhood and zoning board resistance, increase in the number of American-born imams and much more.

The Arab American News spoke to primary investigator and report author Dr. Ihsan Bagby, associate professor of Islamic studies at the University of Kentucky, about the significance of the studies findings.

“The report is part of a larger group of religious denominations and faith groups that together do a study of their congregation,” Bagby said. “The first one was done in 2000, then in 2010, so we have done a mosque survey that tries to be as comprehensive as possible. We try and cover as many as aspects of mosque life as possible.”

The research relied on an advisory committee, including ISPU Director of Research Dalia Mogahed and other research experts.

The report shows that the number of mosques continues to grow; 2,769 mosques were counted in the U.S. in 2020, compared to 2,106 mosques in 2010. The primary driving force for the increase in mosques is the steady expansion of the population of Muslims in America due to immigration and birth rates, according to the report. Jum’ah prayer, or Friday prayer, averaged 410 attendees in 2020, as compared to 353 in 2010, a 16 percent increase. Almost 72 percent of mosques recorded a 10 percent or more increase in Jum’ah attendance. Using the Eid prayer count, the number of “mosqued” Muslims is approximately 4 million.

“These were the most surprising declines for me,” said Bagby, who is African American and a convert himself. “It’s a matter close to my heart. I do give some speculations for the decline in African American mosques and attendance in the report, but this needs further study.” The report shows good and bad news for young Muslim participation in mosques. Almost one-fourth of mosque participants are aged 18-34, roughly the ages of Generation Z and young millennials. A respectable percentage when compared to churches, where about 11 percent of their attendees are 18-34.
But ISPU found that in 2020, 54 percent of adult Muslims are aged 18-34. The new survey estimates that only 29 percent of mosque attendees are of this age group. Based on this large difference, mosques are not attracting a significant percentage of Generation Z and young millennials, showing that though mosques have not lost the battle for the hearts and minds of young adult Muslims, they have not won the battle, either.

Bagby said that though young adult Muslims have not given up on mosques, there are danger signs that mosques may be following the same trends as other houses of worship.

In the past decade, 35 percent of mosques encountered significant resistance from their neighborhood or city when they tried to obtain permission to move, expand or build. In comparison, from 1980-2009 the average percentage of mosques that met resistance was 25 percent.

Negative attitudes toward Muslims grew in the last decade and mosque opposition represents an institutional form of anti-Muslim discrimination, the report says. According to ISPU’s American Muslim Poll 2020, more than any other group that experiences religious discrimination, Muslims do so on an institutional, not just interpersonal, level.

More findings can be read in the full report at ispu.org/mosque-survey

Woman arrested after assaulting Muslim woman on flight to Detroit on Sept. 11

Cheryl Hawkins seeks a seat on the Charter Revision Commission