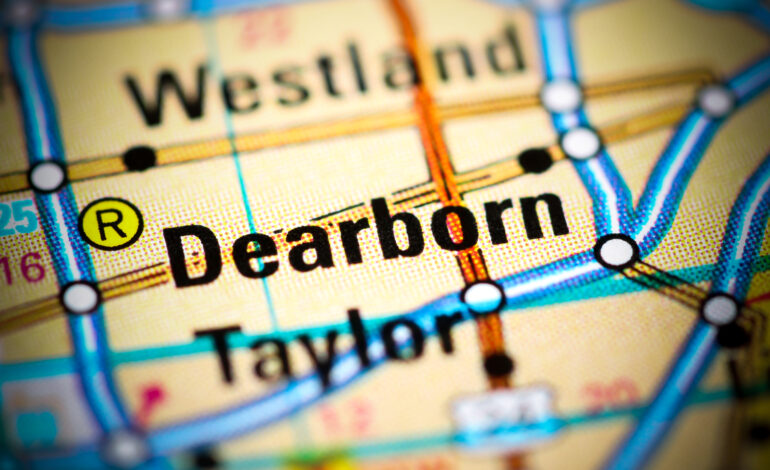 DEARBORN — A fresh set of draft maps for the State House, Senate and federal Congressional districts published by the state’s citizen-led Redistricting Commission have been available for public consideration for the past few weeks.

The maps come out of combined efforts by residents and local organizations that submit maps representative of their interests, as well as district mapping by the commissioners themselves, all in accordance with constitutional mandates and using a defined set of voter-approved criteria.

One of these criteria is the “communities of interest” factor. These are populations that share cultural or historical characteristics or economic interests. For ethnicities like Arab Americans, this is where the population can urge the Commission to consider its broad and combined interests in creating political districts. Though the Arab American enclaves of Dearborn and Dearborn Heights are largely concentrated in the two State Senate and one Congressional districts in the latest set of draft maps — effectively amplifying their voting power — the story is different for State House maps.

The Michigan Independent Citizens Redistricting Commission (MICRC)’s website, www.michigan.gov/micrc/, contains the most current, completed draft maps (more on how to access these maps further down in this article). As of Thursday, there are three drafts for State Senate, three for State House and five for Congressional seats.

But the latest drafts for the House divide these enclaves and effectively dilute the Arab American vote. Such was pointed out by local activist and University of Detroit Mercy law professor Amer Zahr in a Facebook post on Thursday. As Zahr points out, the drafts split East Dearborn, the heart of the Arab American community, between Districts 3 and 7. They also draw a line down Greenfield Road and Michigan Avenue, putting everything east of Greenfield and north of Michigan into a district with Detroit — District 3.

“This split greatly dilutes the Arab American vote, yielding no districts with an Arab American majority and putting us in danger of not being able to elect a candidate of our choice,” said Zahr, who once presented in front of the Commission on the topic of Arab voting power.

Though Arabs are officially counted as “White” on the census, only a minority portion of the overall White population in the House districts are actually Arab. The maps spread voting power out of Arab enclaves into neighboring areas of Dearborn, Detroit and other Wayne County communities, where much of the demographic is non-Arab White and Black. For example, the southwestern region of Dearborn has a visibly non-Arab, White concentration, which sits in District 7. The northern half of District 3 has a majority non-Arab population as well.

I cautioned the Commission on using raw racial census numbers for Voting Rights Act purposes in the Dearborn area, as Arab Americans are still incorrectly counted as “White” by the Census Bureau when we are clearly a marginalized community of color. — Amer Zahr “I cautioned the Commission on using raw racial census numbers for Voting Rights Act purposes in the Dearborn area, as Arab Americans are still incorrectly counted as “White” by the Census Bureau when we are clearly a marginalized community of color,” Zahr wrote.

Zahr instead points to the AFL-CIO Fair Maps map as it relates to Dearborn as one that holds the community intact. That map shows one large House district, District 15, as encompassing most of Dearborn.

Thus far, the community has had a voice in the state’s legislature with Rep. Abdullah Hammoud (D-Dearborn), the current front-runner in Dearborn’s mayoral race. But if this State House map is finalized, and there is still a while to go before it is, the population could be left without this representation.

These maps are in no way finalized, even as the Commission is now in its final stages of the mapping process. As Wayne Sate University journalism professor Hayg Oshagan has pointed out, the State Senate and Congressional maps do provide greater representation for the Arab voting base. Further, this voter-approved and citizen-led initiative still bucks the historic trend of strategically gerrymandering seats by whichever party is in power. The Commission has four members that identify as Democrats, four Republicans and five independent members.

Oshagan has also previously told The Arab American News that the redistricting process gives a chance to make sure that the maps fairly represent minority communities. Community activists and organizers are urging Arab Americans to view the maps and consider their political futures in them, and provide the Commission with input during its public comment period.

Pubic comments can be submitted any time and the best way to do that is by including a comment in a draft map itself. Michigan.gov/micrc/ contains an Excel sheet under “Draft Proposed Maps” on the front page. That Excel sheet can also be imported to Google Sheets. The spreadsheet includes all of the latest draft maps, with a link to the maps themselves on the right-most column.

Currently, the Dearborn area districts are District 2 for Congressional, District 19 for State Senate and Districts 3, 7 and 15 for State House. From there a comment can be added to particular districts. Michigan-mapping.org also lets people submit comments and self-created maps.

Most importantly, the Commission is coming to Detroit on Oct. 20 at the TCF Center to hear from the public. A full schedule of public hearings in the state  is available on the MICRC website.

Commissioner Anthony Eid told The Arab American New that if someone arrives in person at one of the meetings, as long as they sign up to speak before 7 p.m., the Commission will stay to hear them. Arabic translators are available.

“If you can’t come in person, you can sign up to see us via Zoom, 24 hours before the meeting,” Eid said. “Look at all of the maps, let us know of the one you like best and try to be specific. If there’s a certain area that you don’t like, and think of a certain way it can be done better, tell us.”

There will be five public hearings, after which the Commission will go through about a week and half of deliberations, make changes to the maps and then vote on which maps to submit on Nov. 5 for a final 45-day public comment period. A final vote will be then be taken to make the maps official.