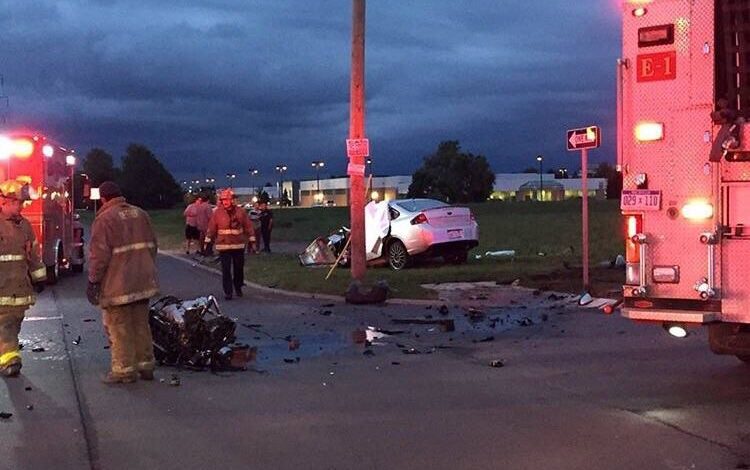 DEARBORN — The Dearborn Police Department said this week it was investigating a dangerous case of reckless driving and shooting in the city.

Police asked the community for help identifying people who were involved in Monday’s incident. Officers were dispatched to the area of Cherry Hill and Silvery Lane for two vehicles, a 2020 black Ford Explorer and a 2011 silver Kia Sorento, driving recklessly and shooting at each other.

Anyone with information regarding the incident, the identity of the subjects involved or CCTV footage of the incident are requested to contact the officers in charge, Detective M. Bilski at 313-943-2234 or Detective Jane Kass at 313-943-2930.

“Our number one priority is citizen safety,” Dearborn Police Chief Ronald Haddad said. “When that is jeopardized, we will do everything in our power to ensure the perpetrator(s) are brought to justice. I am urging the public to come forward and provide information regarding the individuals involved in this incident.”

The community is still reeling from a tragic traffic incident earlier this month, when a 6-year-old Dearborn Heights girl, Batoul Haidar Al Fadawi, was visiting family in Dearborn and was struck by a car as she walked out on to Bingham Street from behind parked cars.

That driver, later identified as 18-year-old Jyon Collins, fled the scene. He later turned himself in to authorities and was charged with failure to stop at the scene of an accident and driving with a suspended license.

Although authorities do not say Collins was speeding, the horrible incident sparked the community’s concerns over the number of traffic incidents that occur almost daily on the city’s busy, wide roads. Coupled with this is a very real concern over speeding drivers, often along residential streets.

Data from the past year or so shows the persistence of the road safety problem in the city. The Dearborn Police Department shared traffic citations and crashes data with The Arab American News showing a year-to-date comparison.

But moving violations, any violation of the law committed by the driver of a vehicle while it is in motion, are up a whopping 130 percent (6,180) from the same period last year (2,689).

Moving violations accounted for 20 percent of the department’s total citations for that the same period last year and now account for 34 percent.

From the beginning of this year to mid-November, moving violations citations issued by the department’s traffic enforcement unit accounted for 46 percent of the department total.

The traffic enforcement unit began on on June 7 and includes four officers.

Though traffic crashes have fluctuated over time in the city, they remain well around thousands yearly.

The ongoing issue was a topic in the recent election, in which voters overwhelmingly voted for Dearborn’s first Arab American mayor, Abdullah Hammoud.

Hammoud had made “road safety” a platform issue early on. He suggested a multi-layered and comprehensive plan to approach the problem on his campaign website, acknowledging that “streets feel unsafe for our children and families, due to reckless and speeding drivers.”

Hammoud said he and his team explored case studies across the country to develop an understanding that improved roadway features can limit speeding, car accidents and prevent people from engaging in unsafe behaviors while behind the wheel.