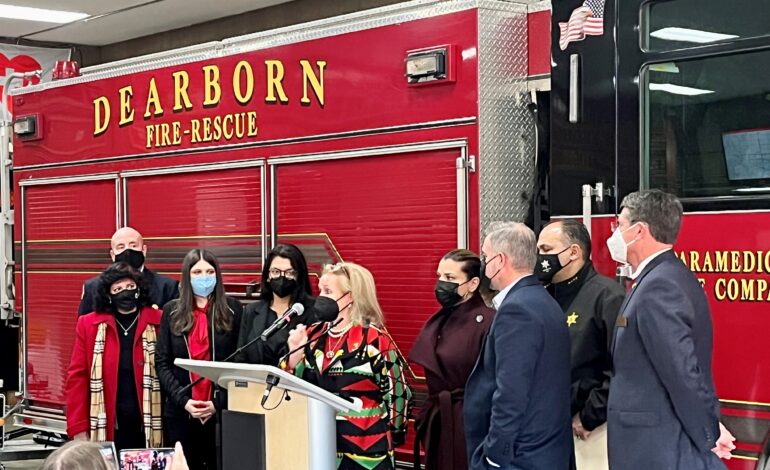 The Honoring Abbas Family Legacy to Terminate (HALT) Drunk Driving Act is dedicated to the memory of the Abbas family of Northville, who were struck by a wrong-way drunk driver on I-75 in Lexington, Kentucky while returning to Michigan from a trip to Florida.

Rima Abbas’ sister, Rana Abbas Taylor, had been working with Congress to get new legislation passed since the tragic accident. Taylor joined Dingell and U.S. Reps. Rashida Tlaib (D-Detroit) and Haley Stevens (D-Livonia) at the Dearborn Fire Department to discuss the bill’s passage and urged people to be careful and aware of drunk driving during the holiday season.

“For anyone out there who thinks about taking that extra drink & driving home—DON’T!” Dingell tweeted.

The new law brings new technology to vehicles and is part of the sweeping bipartisan infrastructure bill just passed in D.C., which makes drunk driving detection systems mandatory in new vehicles by 2026.