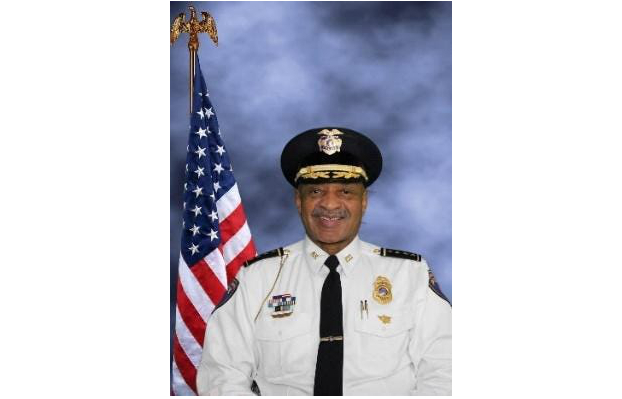 DEARBORN HEIGHTS — For the first time in its history, the city will have a police commissioner overseeing the operations of the police department.

Dr. Joseph E. Thomas, Jr. was appointed to the role on a six month basis by Mayor Bill Bazzi to oversee all administrative operations and strategic planning for the department.

“I am delighted to welcome Commissioner Thomas to this new position,” Bazzi said. “He brings a tremendous wealth of professional leadership experience — particularly in the areas of law enforcement, organizational best practices, emergency and crisis management, as well as a vast educational background in these and other related subjects. I’m confident Commissioner Thomas will be an effective asset for our department and an excellent ambassador for our community.”

Thomas has more than 40 years of experience in law enforcement, including serving as chief of police for Muskegon Heights, Southfield and Inkster. Most recently, he served as the public safety director of Ecorse before being fired last May by the Ecorse City Council in a 5-2 vote in what his attorney called an act of retaliation at the time for filing a whistleblower lawsuit exposing wrongdoings in the City Hall and the public safety departments.

Thomas has served as the deputy director of training for the U.S. Department of State in Iraq and adjunct professor at Eastern Michigan University, Oakland University, Muskegon Community College and the Oakland and Schoolcraft Police Academies.

He was also Michigan’s first ambassador to the United States Army Reserve, reporting directly to the chief Army reserve officer (CAR) at the Pentagon, and the U.S. Congress, holding the equivalent of two-star general.

Thomas’ appointment was announced on Monday, Jan. 24 and during the Tuesday, Jan. 25 City Council meeting, Police Chief Mark Meyers said that the health and safety of his officers are top priority at this time, but that a closed session is needed. “I want to make sure that we work together with the mayor to move this forward, but there’s also some things that I need to bring up in a private session and most importantly we need to know at the police department what’s going on,” he said. “The health and safety of my officers, the mental health and their ability to operate on a daily basis was thrown into a tizzy on Monday morning and for the last 36 hours, I haven’t been able to give them any idea of what the role and responsibilities of my position is or the commissioner’s is. So I’m asking that, for our officers to be able to properly serve their community, they cannot have chaos or stress, or uncertainty in their lives. This is very important to them. We need much better guidance on what the plan is forward and we needed it on Friday, so that we could have started it on Monday with our feet on the ground.”

Retired Chief Dan Voltattorni, who retired in 2019 after more than 32 years with the Dearborn Heights Police Department, offered his own assistance to the department. “I read that there was an issue that the police department needed a police commissioner and I saw the name of that police commissioner, Dr. Joseph Thomas,” he said. “He has excellent credentials, so, being a person from this city for 32 years, working with the fine men and women in uniform, I decided to come in to see if there is anything that I can offer the city, the police department, the City Council, the mayor, corporate counsel, anything I can do to help alleviate this problem that is apparently serious because the man they hired goes to places like Muskegon Heights or Ecorse to figure out whatever the issues are. So, I want to offer my assistance in any way I can to assist the police chief, the mayor, anybody here in this room, the officers or the citizens of Dearborn Heights. So I’m putting it out there that I’m available for assistance.”

Sergeant Chris Papalexis said that in his 13 years of law enforcement, Meyers is the best chief he has worked for. “I worked with the Dallas Police Department for five years and then came here and have been with the Dearborn Heights Police Department for eight years,” he said. “I’ve worked for a lot of chiefs, in Dallas, we had a lot of chiefs of police, and Chief Meyers is one of the best police chiefs that I’ve ever had the pleasure of working with. He genuinely cares about the men and women of this city, he’s a lifelong resident, he has devoted his life to the city of Dearborn Heights and he’s devoted his time to all members of the police department by making sure that our well-being is taken care of.”

Bazzi said that he brought in Thomas as commissioner as it’s his duty to protect the interest of the residents.

“I have a responsibility to oversee the well-being of every department, including the police department,” he said. “There have been various complaints with alarming allegations. There are personnel matters which I am not at liberty to discuss at this time. I am taking measures to assist our police department’s leadership in identifying and resolving critical issues — to maintain the safety and well-being of our officers and residents.”

He also said that he wants to ensure effectiveness in the department.

“My purpose is to serve the best interest of our residents,” he said. “Like all other departments in our city, it is imperative that our police department maintains effective leadership and accountability, transparency in documentation and handling of information, adherence to procedure and the law, fiscal responsibility, respect, equitable treatment and a safe environment for residents and among fellow officers and department employees. The police department is a critical arm of our city — as effective public safety is vital to sustain any municipality or establishment.”