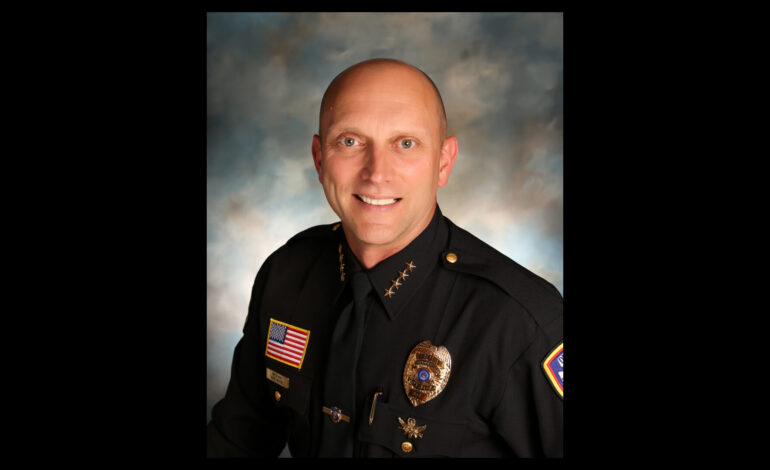 DEARBORN HEIGHTS — Less than a month after naming a police commissioner to its police department, the city will be welcoming a new chief.

Chief Mark Meyers was relieved of his duties with the Dearborn Heights Police Department effective immediately on Feb. 24 after more than 20 years of service, most of which were served in Dearborn Heights.

During his tenure with the department, Meyers continued his education at Eastern Michigan University, graduating in 2016 from the Eastern Michigan University School of Police Staff and Command Executive Leadership Program. He was selected in 2019 to attend the FBI National Academy for law enforcement executives and graduated from session #277. He received many awards, including the department’s Medal of Valor and the POAM Police Officer of the Year in 2007.

In 2010, Meyers was chosen as the agency’s first full-time member of the FBI Joint Terrorism Task Force, where he led and participated in trans-national investigations related to national security. He was promoted to sergeant in 2014, lieutenant in 2016 and captain in 2017 before being appointed by the late Mayor Daniel Paletko to chief in 2020.

While no details were provided regarding the reasoning for the change, Mayor Bill Bazzi told The Arab American News that it’s important for residents to know that this will not impact the services and operations of the department.

“His services were no longer needed in Dearborn Heights,” he said. “There will be no disruption to services for the residents and the department will continue to operate as normal.”

The city has hired Jerrod S. Hart as the new police chief and he will oversee all operational duties in the department and report to the mayor.

Hart served for 26 years with the Novi Police Department, where he served in many roles, including assistant chief of police from 2012 to 2017. In 2017, Hart went to the city of Saline to serve as the chief of police. He remained in that post until being hired by Dearborn Heights. “I am excited to join the women and men who serve the city of Dearborn Heights with honor, compassion and dedication,” Hart said. “As a contemporary law enforcement professional with over 30 years’ experience, my immediate focus will be ensuring the public’s safety, assessing the internal and external customer service, officer wellness initiatives and building trust with staff and community members. I grew up in Taylor, and our house of worship was here in Dearborn Heights — so I certainly have a strong connection to the area. I look forward to rolling up my sleeves and serving our beautiful community with a focus on transparency, building trust and accountability.”

Hart will assume his new role on Monday, Feb. 28 and Captain Paul Erickson will serve as interim chief until then.

“It is my great pleasure to welcome Chief Hart to the department,” Bazzi said. “The chief brings with him a wealth of first-hand operational and administrative experience, gained through over 30 years of patrol, investigative and command experience in the profession. I am confident Chief Hart’s impressive history, coupled with his community-oriented leadership focus, will make him an effective leader for the Dearborn Heights Police Department — in addition to an effective community-minded ambassador for our residents.”