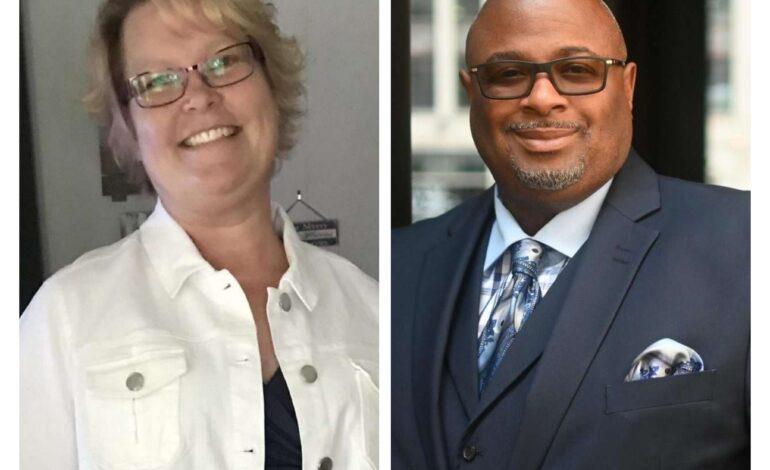 DEARBORN HEIGHTS — During a recent Dearborn Heights’ District 7 School Board of Education meeting, it was announced that two board members resigned.

It was announced by a former board member, Virginia Morgan, at the beginning of the meeting that two members of the board had resigned from their positions because they do not and have not lived in the district.

Morgan, who brought forward the comments regarding Whisler and Cann, said that one of them hasn’t lived in the district since February and suggested the board confer with their lawyer regarding the votes cast by both Whisler and Cann for the amount of time that they have lived outside of the district.

Board President Carrie Harleton read both resignation letters at the end of the meeting.

“President Harleton, it is with a heavy heart that I am tendering my resignation from the school board, effective immediately,” Harleton read. “A signed letter is being mailed to the Board of Education. Signed, Karen Whisler.”

In October 2021, The Arab American News had received an anonymous letter regarding Cann being charged with embezzlement in 2001 and in that letter, it was stated that Cann’s youngest child had been pulled out of the school district and re enrolled elsewhere.

At the time, in an interview with The Arab American News, Cann had confirmed that his child had transferred from the district, but that the board president and the board attorney had investigated and confirmed that he himself still lived in the district. At that time, Cann had cited not wanting to reveal “family business”, which was also cited in his resignation letter.

“Dear President Harleton, as of today, I am resigning my position of Dearborn Heights’ District 7 School Board for family reasons,” Harleton read. “I appreciated the support from the D7 community, my family and friends. I’ve had the pleasure to work with great board members and be a part of the success of D7 schools’ much needed new administration. Thank you again everyone for your support.”

Harleton addressed Whisler on behalf of the board, thanking her for her service.

“I would like to thank Ms. Whisler for her passion and dedication to D7 as a parent, an employee and a board member for the last four years,” Harleton said. “You were a great asset to our A-Team of eight and you will be missed.”

Similar sentiments were provided to Cann as well.

“To Mr. Cann, on behalf of the board, I would also like to thank you for your passion and dedication to D7,” Harleton said. “As a parent and board member for the last two years, you too were also a great asset to our team and you will be missed.”

Due to the resignations, the board now has to fill vacant committee seats among the board members, including the Policy Committee, Finance Committee, Building and Site Committee, Bond Committee and the Student Reinstatement Committee.

The board will also need to select a new secretary and a new treasurer, who will be selected between trustees Derek Wall, Marcia Lebar, Nadia Nasir or either of the two new members.

The board has 30 days to replace Whisler and Cann per state law and it has meetings scheduled for Sept. 21 and Oct. 5, but could call for an additional special meeting if needed.

It was not made clear how long either Whisler or Cann have not lived in the district nor if their votes during that time frame will still count.

The board will begin holding interviews for the vacancies at 6 p.m. on Wednesday, Sept. 28. Applicants must be a resident and registered voter in the D7 district and those interested must submit a letter of interest stating which seat they are seeking by 4 p.m. on Sept. 20 to Eve Camilleri at camillev@dhsd7.net or in person at the district’s board office located at 20629 Annapolis Street.