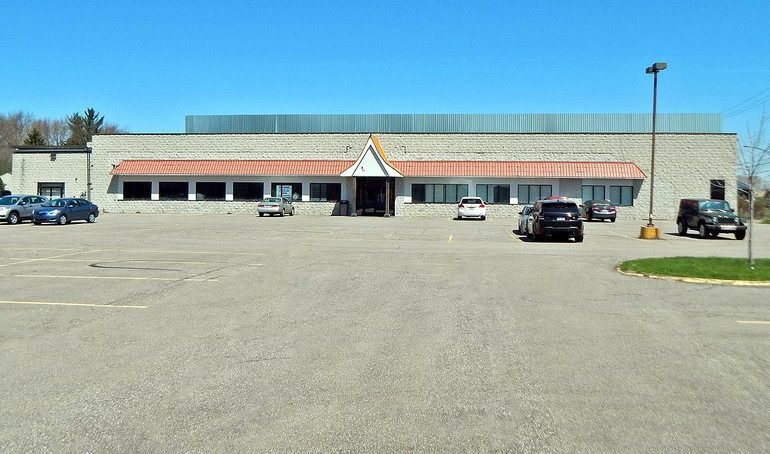 The site of the new Adam Community Center mosque on Rochester Road in Troy. Photo via LoopNet

TROY — After years of legal battles, the first mosque in the city of Troy is now set to open.

An inauguration for the Adam Community Center’s mosque is scheduled for this Saturday at 5 p.m. at 3635 Rochester Road.

The large, ethnically and religiously diverse Metro Detroit city of more than 80,000 residents has churches, temples and a synagogue, but no mosque, even with a large and recognized Muslim population.

The Adam Community Center had been conducting prayer services in the basement of a real estate company and had tried for years to find a suitable building to expand into.

They finally did find such building, a former restaurant that had already been zoned for assembly use. But the city refused to provide the Center with a variance to allow the building to be used for religious use.

The refusal gave way to two lawsuits filed in U.S. District Court in Detroit over the proposed mosque, one by the U.S. Department of Justice in 2019 that claimed discrimination in the city’s zoning, and another filed by the Center itself.

The Justice Department argued in its lawsuit that the city’s zoning laws shouldn’t treat mosques, churches, synagogues and other religious assemblies less favorably than nonreligious assemblies, adding that the free exercise of religion is illegally restricted in this way.

According to The Oakland Press, the court ruled in favor of the U.S. Department of Justice in March. In the lawsuit filed by the Center, a judge ordered the two sides to work together to establish the city’s first mosque.

The mosque was legally represented by the Michigan chapter of the Council on American Islamic Relations (CAIR-MI).

CAIR-MI said in a press release on Thursday that through years of litigation against the city of Troy to establish the center, the community has been able to open its doors through a court ruling.

“Litigation, however, is still pending regarding the City Council’s refusal to pay damages to the community for legal fees and violating its civil rights,” CAIR-MI said.

Troy Mayor Ethan Baker has said that his city is not opposed to having a mosque, but that they had not allowed the group to make use of the building so far because they were waiting on a resolution on the suit by Adam Center, seeking financial damages. He also said back in May that the city had a number of public health concerns stemming from work in the building being “completed without a permit.”

“As a precursor to any settlement, the city has detailed a number of public health and safety items that must be completed in the building in order to comply with International Fire Code and the state of Michigan building codes,” Baker said over Facebook earlier this year, as reported by WXYZ. “Some of the work in the building was completed without a permit. These public health and safety items are separate from the zoning issue, which was the subject of the Court’s opinion in the Department of Justice case.”

A representative of the group told The Arab American News on Thursday that they aren’t too hopeful they will see monetary compensation from the city for damages and legal fees.

Walid is expected to discuss the long struggle which the “community has endured to establish this center and will call on Troy to settle the remaining portion of this case,” the press release said.