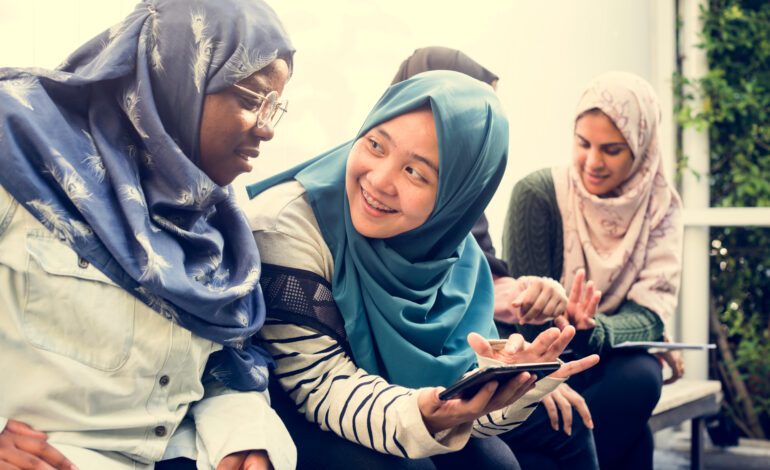 A new, extensive national poll shines light on American Muslims’ attitudes and perspectives on major issues, in the context of the broader faith landscape in the country.

The American Muslim Poll 2022: A Politics and Pandemic Status Report was released late last month by the Institute for Social Policy and Understanding (ISPU), which has offices in Washington, D.C. and Dearborn. It is the sixth such report.

It is a snapshot of American Muslim life and an updated demographic profile of the population that delves into data points like age, wealth, employment, voting behavior and attitudes on big social and political issues facing the country.

As in previous years, it also measures an “Islamophobia Index” among several American faith groups and those who do not affiliate with a faith community, both in the flesh and online.

Report writers were aware of the importance of the often-polarizing issues analyzed, specially as those topics are on Americans’ minds as the country is in the midst of midterm elections.

Survey takers interviewed 807 Muslim adults, 351 Jewish adults and 1,001 adults from the general population through phone or the web. A total of 2,159 respondents were surveyed.

Surveys were conducted February 22 through March 21. The study investigated the opinions of Muslims, Jews and the general population regarding politics, important issues facing the country, faith customs and religious discrimination.

The report offers several key findings about American Muslims in 2022

Roughly one in 10 Muslims (8 percent) report being self-employed or owning their own business. Self-employed Muslims employ an average of eight workers, resulting in at least an estimated 1.37 million American jobs created. Roughly four in five Muslims (83 percent) hold U.S. citizenship, which is the least likely of all other groups (92 percent – 99 percent). However, while American Muslims are least likely to be citizens, they are as likely as others to serve in the U.S. military (11 percent of Muslims, 10 percent of Catholics and Protestants, 13 percent of White Evangelicals and 9 percent of both the non-affiliated and the general public).

American Muslims, across age and race, remain among the most devoted to their faith. The survey found American Muslims are more likely than all other faith and non-faith groups measured to face obstacles to voting.

Interestingly, internalized Islamophobia is a major issue. The report found that over time, Islamophobia has declined among other groups, but has increased among Muslims. Nearly half of Muslims surveyed (46 percent) reported religious discrimination from a social media platform,  compared with 36 percent of the general public. On broader issues, Muslims are among the most likely to view climate change as a result of human behavior, and favor government regulation as a solution.

The majority of Muslims familiar with critical race theory express support for its understood principles.

A slight majority of Muslims, 56 percent to 42 percent, believe abortion should be legal in all or most cases. Muslims are more likely than the general public to want stricter gun laws.

Three quarters of American Muslims have received a COVID-19 vaccine, on par with most other groups surveyed.

Some interesting data came from questions over the Boycott, Divestment and Sanctions (BDS) movement, which seeks to put economic pressure on companies that benefit from Israel’s brutal and illegal occupation of Palestine. A majority of all religious and non-religious groups believed that laws banning BDS were an infringement on constitutionally provided rights.

Muslims aged 30-49 reported more knowledge about BDS than Muslims of other ages.

Read the full report and more findings at ISPU.org