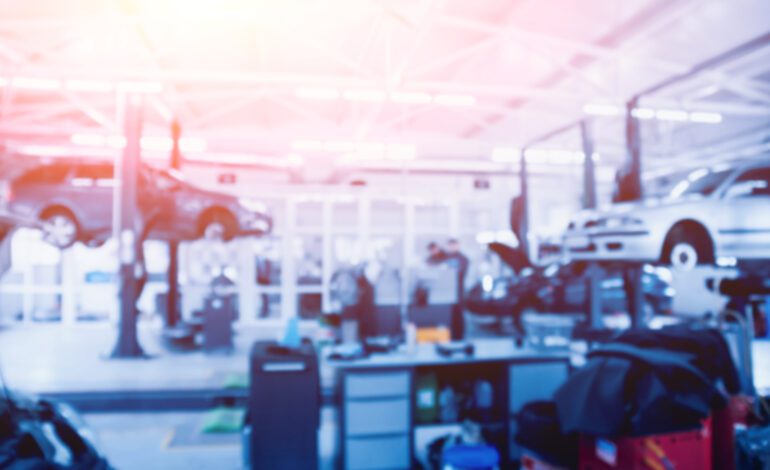 A study by a warranty and auto market expert company places Michigan as second in its list of states where mechanics are most in demand.

The study’s result won’t surprise too many Michigan drivers, especially those reeling from expensive damage to their suspensions and tires from the state’s brutal winter “pothole season.”

The study comes from the website FindTheBestCarPrice.com, which is made up of a team of “auto industry experts who curate incentives across all car brands.”

The study was conducted by experts at FindTheBestCarPrice.com who analyzed Google Trends to discover search levels for terms related to car problems, such as “auto repair” and “mechanic near me.”

Maine came in first as the state where drivers most often look for mechanics using Internet searches, with Michigan second and Wyoming third.

In Michigan, a state known for its auto manufacturing base, car culture and poor roads, the study says residents make the highest proportion of searches for both “auto repair” and “auto repair near me.”

Sam Hussein, who operates a state-of-the art automotive repair and collision facility in east Dearborn, Metrotech Automotive Group, is not surprised by the study’s findings.

“The roads have a lot to do with (these results),” Hussein said. “When the roads are bad, you’ll have more accidents; potholes causing suspension damage. I would say the weather conditions in the state are a contributing factor as well.”

Hussein said some 150 to 200 people a month come become customers at his facility after searching keywords like “auto repair” or “automotive shop near me” on Google, according to Google Analytics reports he receives. That’s about 30 percent of his customer base.

Hussein said that road construction in the state has increased noticeably and that he’s optimistic that by next year drivers will be in a better place when it comes to being on Michigan roads.

Road repairs have certainly ramped up this year. Governor Whitmer, who is up for reelection in November, says that by the end of the year, her administration will will have fixed, repaired or replaced more than 16,000 lane miles of road and 1,200 bridges without raising taxes.

Michigan’s infrastructure, especially in busy driving areas of Metro Detroit like Dearborn, have taken a hit due to the lack of investment over the years, with the American Society of Civil Engineers giving the state a D+ rating in its last report card, calling the state’s infrastructure “old and outdated.”

The FindTheBestCarPrice.com study found that Maine tops the list with the highest search levels over the past 12 months, including the nation’s highest search levels for the term “mechanic.” The east coast state is home to an estimated 356,079 cars, with a population of around 1.341 million, of whom 71.79 percent use their car to commute to work alone.

Wyoming comes in third for its high frequency of searches for mechanics and also has America’s 10th highest percentage of people who travel to work by car, with 84.95 percent either commuting alone or in a car pool.

Hawaii ranks fourth for mechanic-related searches, while Alaska places fifth. The top 10 is rounded out by Washington in sixth, Georgia in seventh and Missouri, Idaho and West Virginia in eighth, ninth and 10th.

The study also found that Washington D.C. has the lowest search levels for car assistance, including the lowest rate of searches for both “auto repair” and “mechanic.” That area is by far the least car-reliant in the country when it comes to commuting, with just 30.55 percent of workers traveling to work by automobile.

Connecticut ranks 50th in the list for car repair searches, while New York is 49th and Massachusetts is 48th.

“America is a nation of car lovers, and so many people rely on their automobiles in various aspects of their lives, whether for work or leisure,” a spokesperson for FindTheBestCarPrice.com said in a press release. “Buying a car is one of the biggest purchases someone can make, so it’s always important to consider the benefits of an extended warranty when doing so. Regular driving only increases the chances of repairs being necessary, so a good warranty is extremely valuable as it provides the peace of mind that you are covered in the event of problems with your car.”

The study sites statistics from the Federal Highway Administration indicating there are 105,135,300 cars in the U.S., and while 68.96 percent of people across the nation drive to work alone, a further 7.88 percent choose to car pool. In total more than three quarters of the working population (76.84 percent) use a car to get to their jobs.