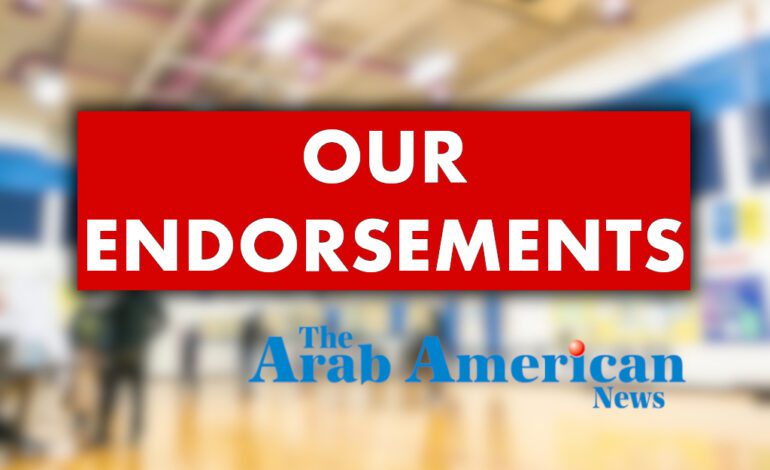 The November election is around the corner, and because of ongoing and unprecedented attacks on civil liberties and democracy itself, we cannot emphasize its importance enough.

We know these elections will not occur in a vacuum. Recently, the nation turned its attention to our community once more; but sadly, this time it wasn’t due to our strength to push through barriers it faces. Instead, it was from displays of open hostility towards those who may think and live differently than us and who also happen to be some of the most vulnerable among us.

Calls to censor educational materials in our school libraries come with thinly veiled and shameful bigotry in our community that claims the LGBTQ folk living, working and fighting alongside us are somehow our enemies, out to groom and corrupt our children. After years fighting hard for representation of our own, it appears that some of us have forgotten our own struggles.

Many have claimed that their objection to the books is not a partisan matter. It is apparent, however, that the sudden and calculated appearance of election hopefuls who hardly ever reached out to us, and routinely support the most vile, bigoted stances against us, are capitalizing on this issue.

Let’s be clear, The Arab American News has endorsed some major Republican candidates in the past. This include former President George W. Bush. Other notables are Spencer Abraham for U.S. Senate, John Engler for governor and Mike Bouchard for State Senate and Oakland County Sheriff. Our endorsement have included numerous state level candidates, including one in the last primary.

In the past those candidates have reached out to Arab Americans directly, including discussions with the organization we have relied on for candidate research, the Arab American Political Action Committee (AAPAC).

But the Republican Party has largely turned away from us for decades, especially following the fateful years after 9/11 and America’s failed ventures in the Middle East, which have decimated our communities.

Combined with this was the election of former President Trump under whose administration we witnessed some of the worst attacks on immigrants, particularly Muslims, and whose acolytes are now trying to divide us in Dearborn and Dearborn Heights. Protestors hold signs at the Dearborn Public Schools Board of Education meeting on Monday, Oct. 10 before it was shutdown by Dearborn Police and Fire, to be reconvened later in the week. Photo: Dearborn.org

The GOP has suddenly appeared to court us once again, but through the back door and by attempting to legitimize bigotry, ignorance and vitriol.

Democrats have held power in Wayne and Oakland County for some time and our continued support goes beyond party platforms. After all, both parties constantly one up each other when it comes to support for Israel’s apartheid rule and crimes against humanity in Palestine.

Our community’s support for the Democratic Party is about opportunity, about a seat at the table, about inclusivity and representation. This party has also supported us against bigoted attacks and has given us a chance at political power. Arab Americans have found important positions in the county and state thanks to this support.

While Republicans wage war on environmental regulations, our most vulnerable in south Dearborn continue to bear the brunt of corporate pollution. While they attack social services and immigration, our community keeps fighting to empower our newly-arrived.

Republicans want to do away with rights to reproductive health and sexual expression. No matter what some may believe, Democrats have never forced abortions or gender affirming procedures on anyone, but have simply stood for the right to attain them for those who make those decisions for themselves.

The GOP has suddenly appeared to court us once again, but through the back door and by attempting to legitimize bigotry, ignorance and vitriol.

It is laughable to see Trump-aligned election hopefuls now seeking our votes without even making themselves known. Like gubernatorial candidate Tudor Dixon, who is known for her bigoted remarks about Muslim women and hijabs, or attorney general candidate Matthew DePerno, who also has a penchant for Islamophobia, not to mention a history of dubious legal practice.

Many in our community are carrying their dangerous messaging — like the ludicrous claims that November’s ballot proposal, which simply and clearly protects rights to reproductive health, including pregnancy and elective or necessary abortions, will somehow take away parental rights or enshrine pedophilia. That proposal will simply enshrine in our state constitution the decades-long reproductive rights and legal practices that Republicans took away federally.

Compare this to Democratic incumbent nominees this November, like Governor Whitmer, who has consistently come to our cities — not just during elections — and heard our concerns, supported us through a pandemic and flooding, put us in executive positions in her office and selected an unprecedented amount of Arab Americans for commissions.

Or Secretary of State Jocelyn Benson, whose language access initiatives gave us our history-setting election translations in Dearborn and Hamtramck that many of us will take advantage of this November. Benson also modernized, revamped and improved accessibility of SOS functions that working people rely on, all during the constrains of a global pandemic.

Or Attorney General Dana Nessel, whose Solicitor General Fadwa Hammoud become the first Arab American woman to argue a case in the U.S. Supreme Court. The people’s lawyer, she has consistently pushed for inclusivity and fairness.

Lastly can we forget dedicated and life-long advocates like Abraham Aiyash in Hamtramck? Or our community’s champion in Congress, Rashida Tlaib, at a time when we have the chance to elect one of our own in the newly-drawn district covering Dearborn?

The record speaks for itself and it’s why The Arab American News is proud to echo AAPAC’s endorsement of  the following candidates, and proposals, for the Nov. 8 general election: Non-incumbent positions (vote for no more than five):

A proposal to amend the state constitution to require annual public financial disclosure reports by legislators and other state officers and change state legislator term limits to 12 total years in the legislature.

A proposal to amend the state constitution to add provisions regarding elections.

A proposal to amend the state constitution to establish new individual rights to reproductive freedom, including the right to make all decisions about pregnancy and abortion; allow the state to regulate abortion in some cases; and forbid prosecution of individuals exercising the established right.

More than a million absentee ballots have been sent ahead of the Nov. 8 election