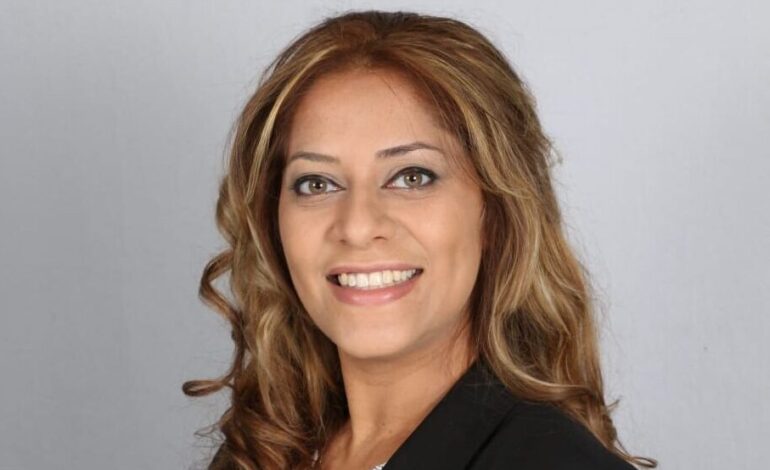 “As an active Dearborn resident, I have been advocating for years for my neighborhood of the Southend to be heard,” Luqman said. “To put it simply, I decided to run for City Council in order to effectuate change. For us as residents, in order to have true change, the right kind of change, you need to take matters into your own hands.”

At 6-years-old, Luqman moved with her family from Chicago to the Southend of Dearborn, where she continues to reside, now a single working mother raising two kids.

Her father, Dr. Wijdan Luqman, is a U.S. army veteran who served his country in the Korean War and became a physician, later serving in the role of chief of medicine in the U.S. Department of Veterans Affairs.

“In 2002, my mom founded a non-profit, the American Yemeni Women’s Association (AYWA), where I worked as secretary board member until she retired,” Luqman said. “My sisters and I took the reins from there. We began speaking up for those who need help with school, civic issues like recreation and, eventually, the environmental justice realm.”

Luqman’s younger sister, Maali Luqman, ran last year as a candidate for board member of the Dearborn Public Schools and was recently appointed to serve on the first-ever Wayne County Women’s Commission.

Samraa Luqman completed her Bachelor of Science degree in psychology at the University of Michigan-Dearborn while working with students in local public and charter school systems. A federal employee for more than 10 years, Luqman currently works for the Social Security Administration as a legal administrator specialist.

As of last year or the year before, we’ve been added to the list as one of the worst areas of PFAS contamination in our water — Samraa “Sam” Luqman

She continued to dedicate her time as a community activist, getting involved in several initiatives from marijuana facility zoning, high city water bills and recreational public pool accessibility for the youth. In addition, she has been vocal on the burgeoning community concern about environmental pollution.

Dearborn is one of the worst cities for air quality in the entire nation, according to an EPA report published last year. Dearborn’s Southend has historically seen effects of dangerous pollution due to its close proximity to the city’s industrial sector.

“As of last year or the year before, we’ve been added to the list as one of the worst areas of PFAS contamination in our water,” Luqman said. “I’ve joined the PFAS Alliance and other action committees to address this.”

Per- and polyfluoroalkyl substances (PFAS) are chemical agents commonly used in industrial facilities. Contamination in humans has been reportedly linked to several severe illnesses, including cancer.

In 2019, Luqman joined the PFAS Alliance, partnering with activists across the state, including the Environmental Health Research to Action Steering Committee.

“We met through community activism work a few years ago,” Hammoud said. “She has the data, the passion and she’s hitting them everywhere where it’s necessary to bring up these issues. So, if we’re looking for someone who’s going to be humble about the work and going to put in what it takes to get the job done, not just looking for a title, she’s the right candidate for it.”

Mahdi Ali is a Yemeni American and longtime resident of the Southend, where he has organized alongside Luqman for more than five years.

“We both lobby and try to fight for the rights of the people of the Southend on different issues like pollution and trucking, “ Ali said. “She understands the issues of the community, including Dearborn at large. She is a good candidate because we need someone who is attached to the community and involved in its issues.”